YASSSSSSSS finally made the best batch of pancakes- no better way to start off the morning! They look a bit Seussical, but maybe that’s just because I have Dr. Seuss brain from all the books I’ve read with Wes this week.

Speaking of, the baby actually woke up in good humor so I was able to get my workout in (PS: why is it called Dirty 30 workout when it’s not even 30 minutes long???) and some stuff done around the house. We then made attempt #2 at walking over to the UPS store to pick up my package…which ended up being the best package ever!

I’m still getting used to it but I love it SO MUCH already- quite the upgrade considering I’ve had my existing iPhone for over 3 years.

Tyler came home from work a bit early because I had to drop my car off at the dealership for an oil change. PS: I’ve had my car for just over 2 years now and have only put 7,000 miles on it. Crazy! We headed back home and Tyler got to work on the basement for a bit while Wes and I (and Layla) hung out upstairs. We weren’t on speaking terms with Reggie since he ate his way through a big bag of dirty diapers while we were gone. 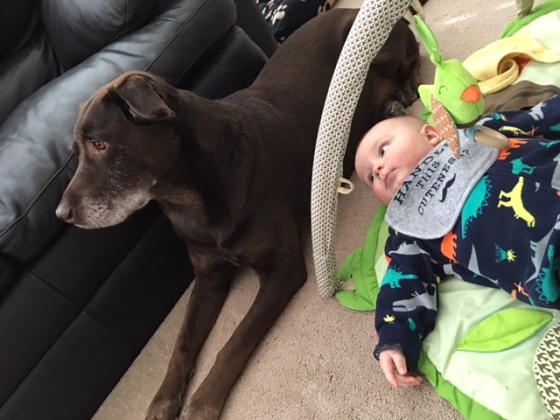 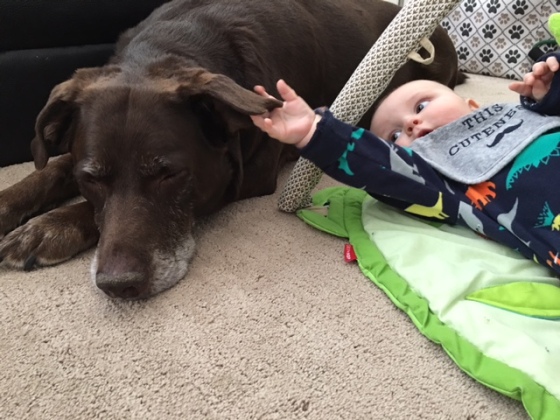 We had frozen pizza for dinner and watched the newest Terminator movie before heading to bed.

It’s sad that I don’t need an alarm clock anymore. Even if Wes is still sleeping, I’m wide awake no later than 6:45 every morning. In a way, it’s kind of nice because I have some quiet time to myself (HAHAHAHAHAH not to myself- I end up doing all the ‘quiet’ chores around the house). Sometimes I kick myself for not getting back into bed after pumping, but it’s almost a sure thing that Wes will wake up as soon as my head hits the pillow. Why jinx it?!

It was sorta yucky out, so we stayed indoors until it was time to go to Wes’s pool class. It was still Tyler’s turn to be in the pool, so I was able to snap a pic of them.

We ran a bunch of errands afterwards, mostly only to find a couple of pumpkins because I’m a terrible mother and didn’t get them early enough. Just my luck, every store was out. Instead, I bought a bag of mandarin oranges and tried to be a festive as possible.

I got Wes in his costume for a couple of pictures before he freaked out (I would’ve tried to take him to a couple of houses just for fun, but it was freezing and drizzly out. Plus he got super tired and that just would’ve been the perfect storm for a meltdown.) 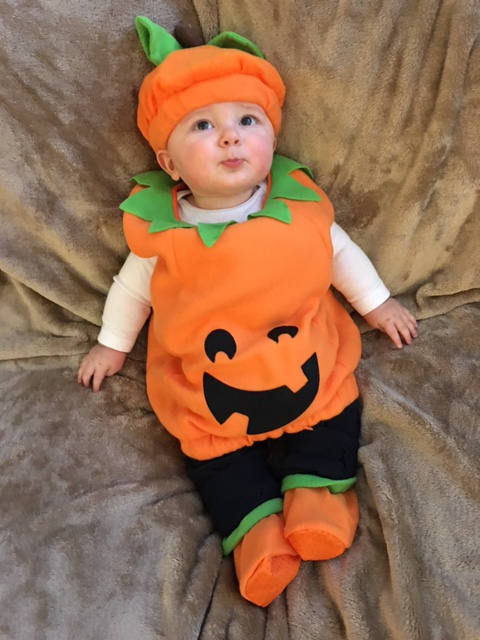 Tyler made us fajitas for dinner and Wes fell asleep super early. It was sort of a shitty night because we had to be on high alert for any trick-or-treaters so that we could contain the stupid dogs and keep them from waking the baby. 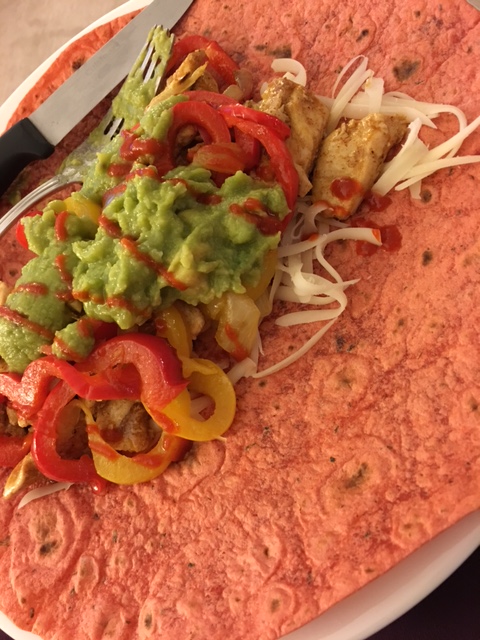 We watched an episode of Walking Dead before I needed to get in bed- I was so nervous I’d get screwed with an early wakeup from Wes because of the time change.

Wooo for Wes taking this whole daylight-savings into consideration! The kid slept 13 hours and got up at his normal-isn 7:30am! AND GUYS- EVEN TYLER GOT UP PRETTY EARLY! He made me breakfast too, which was umm SUPER. 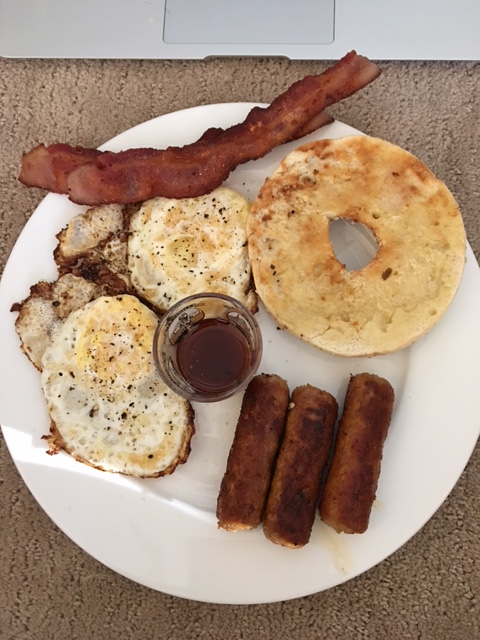 I watched the rest of Bridget Jones’s Diary while Wes took his nap (ummmm how have I never seen this movie before? It was pretty good!). We played and read through some books before heading out for a nice long walk. It was overcast, but warm enough to tolerate being outside for some time. I rounded out the walk with a stop at the library to return some books and pick up another dozen- SO important for the days when it’s too yucky to go outside! I made it home JUST as it started to drizzle.

The afternoon was pretty eventful- so far as Sundays and not really leaving the house goes. Our pilot light went out and we couldn’t get it re-lit, so we have been without hot water for the whole day. Poor Tyler spent the entire day trying to remedy it, but just couldn’t get it to work. WOMP.

I made some brownies with a few leftover candy bars. We bought tons of full sized candy bars and only had about a half a dozen trick or treaters. I’m not complaining- most of the candy is stuff I like. 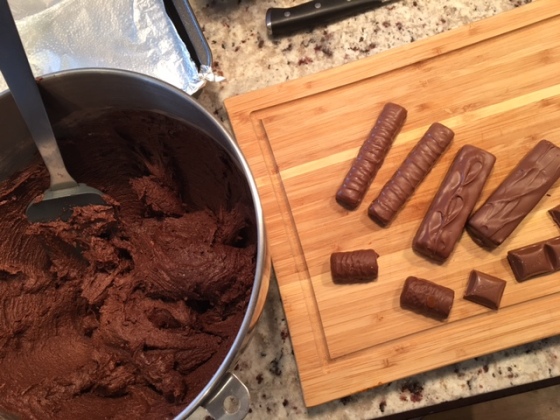 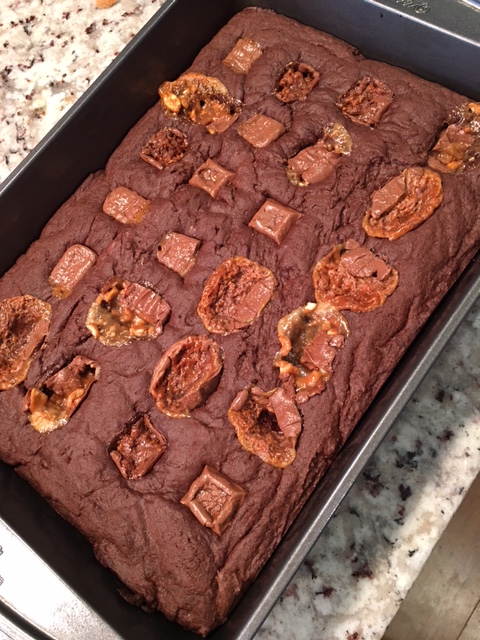 The picture of the final product isn’t very appetizing, but these brownies are SO fudgy. Aka: SO yummy.

I did a T25 workout, about 7 loads of laundry, and just a ton of other household crap. Wes started a new thing where he scrunches up his face and raises his eyebrows which is absolutely hilarious so we had a good laugh attempting to have him do it over and over again for us.

Dinner was some roasted sweet potato and the rest of the fajita filling.

I took a very cold shower before getting to bed.

How was your weekend? What’s the best thing you did/ate? Favorite candy??