This was a weekend I could definitely repeat. I did so much- and all such different things that I feel happy and fulfilled. Only thing that would have made it better was if I could have had some more time with Tyler.

During Wes’s nap, I made a batch of protein balls that are SO YUMMY. I’ll be sharing the recipe this week, so stay tuned 🙂

We headed out to the mall to grab some groceries and also pick up a stick of body butter from Rocky Mountain Soap Company. They were having their Toxin Free Days- where members get a free gift when they stop by a store, so I had to take advantage!

While Wes was down for his second nap, I whipped up this delicious AND EASY Moo Shu Chicken for dinner. I hate when I work nights, because I usually start at 5pm and need to eat dinner beforehand which a) sucks, because I have to have something ready to eat EARLY, and b) sucks because I’m usually hungry again afterwards and by then it’s too late to eat.

It was a great night at work, so no complaints from this end!

Saturday: Wes and I headed to the library after breakfast for the Baby Bookworm program. There were about a dozen other babies and Wes was really entertained by the singing and reading and….other babies. One little boy sat on the blanket next to him and even held his hand! My heart melted and I desperately wanted to take a picture, but I didn’t want to freak the other mother out. haha 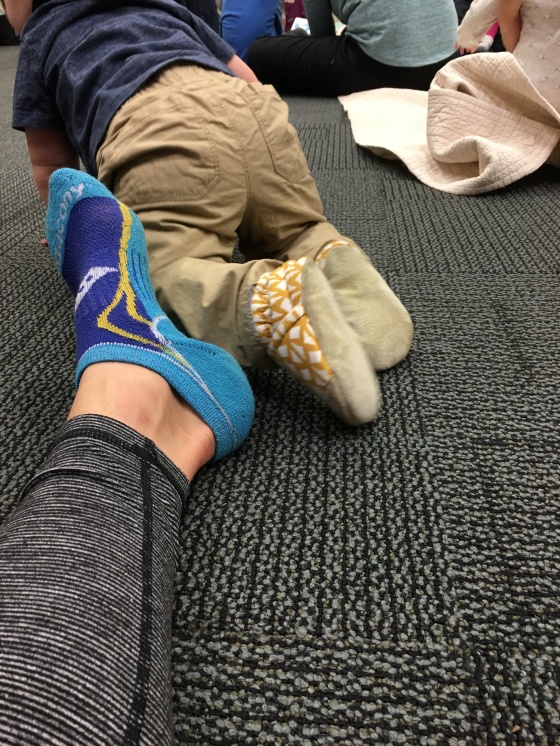 After the library, we walked back home and I quickly got ready and headed back out to meet up with some of the BLOG SQUAD for a tour at Tool Shed Brewery. You guys…I have been on a ton of beer tours. And this one was by far the best I’ve ever been on. They are just so damn passionate about beer. From how it’s made to interacting with others involved in the process, to interacting with the local community. I was just blown away by the enthusiasm and ingenuity the Tool Shed guys have.

Plus, the beer is pretty damn tasty.

We got to sample each of their 3 core beers plus a limited edition brew. AND THEN….once the tour was over, we got another beer of our choosing! I mean, yeah the perk of a brewery tour is getting to sample their product, but I really gotta say that the information on the tour- and how it was presented- was the highlight of the afternoon. 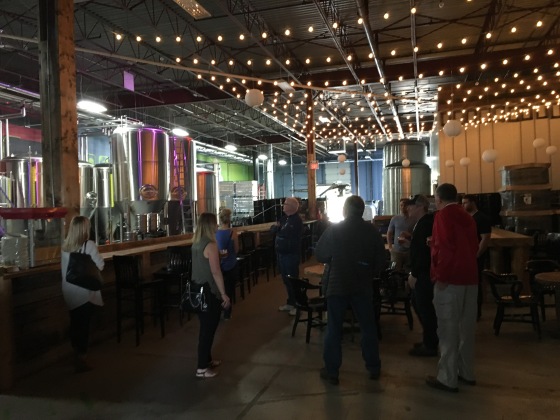 The space is pretty neat too! (My kinda decor!!)

I ended up leaving with 3 6-packs of the Gose and a 6-pack of their People Skills Cream Ale. YUM.

PS: If anyone in Calgary ever wants to go on this tour, I WILL GO WITH YOU. I loved it that much. Seriously.

After the tour, I headed home and quickly changed to head off to work. I felt like I was super busy for my shift but didn’t make as much as I thought. Ok, ok, so I’ll tell you where I work now. Brewster’s! They have a location close to my house and I get 3 serving shifts a week. The staff is all incredibly friendly and it’s such a nice atmosphere that I find time flies. Plus, the social interaction is nice. So are the tips 😉

When I got home, Tyler and I watched Deadpool and drank some Tool Shed. The movie is so funny-one of the best ones I’ve seen in a while. Ryan Reynolds. That is all.

Sunday: I met up with the BLOG SQUAD at Illume Hot Yoga for a private Surf Set class (more on that later this week, I promise). It was a fun workout! I still did my 22 Minute Hard Corps Workout earlier in the day, and the added core strength required for SurfSet was no joke. Obviously because of the name they also offer Hot Yoga which I’m hoping to try in the near future.

Later in the afternoon, I headed off to National Westhills with Wes to attend the Beer Master BBQ co-hosted by Phillips Brewing. I love this National location because it is family friendly and I could bring Wes with me to a beer event. Never mind that I was pretty much the only one there with a kid, but who cares! 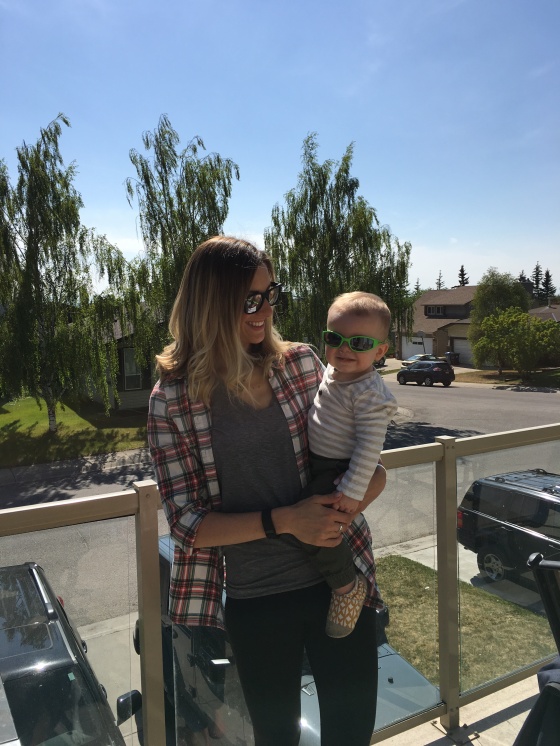 Phillips had some amazing beers for us to sample and National provided a delicious BBQ spread that I was able to share with the kiddo. 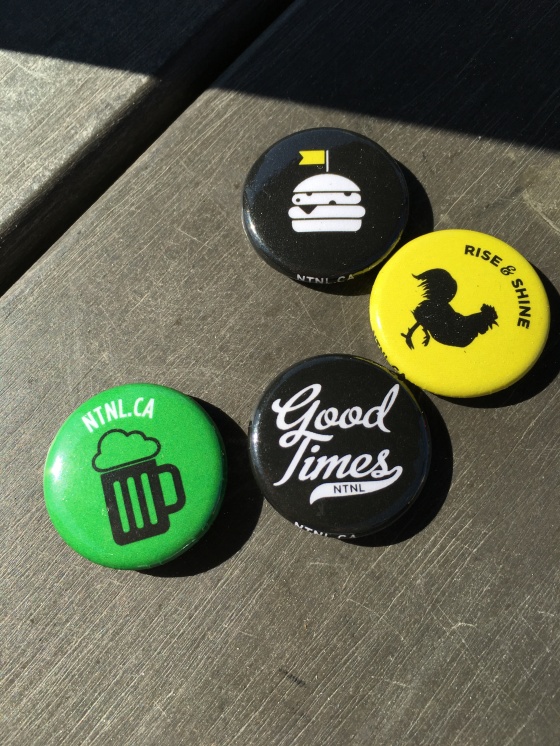 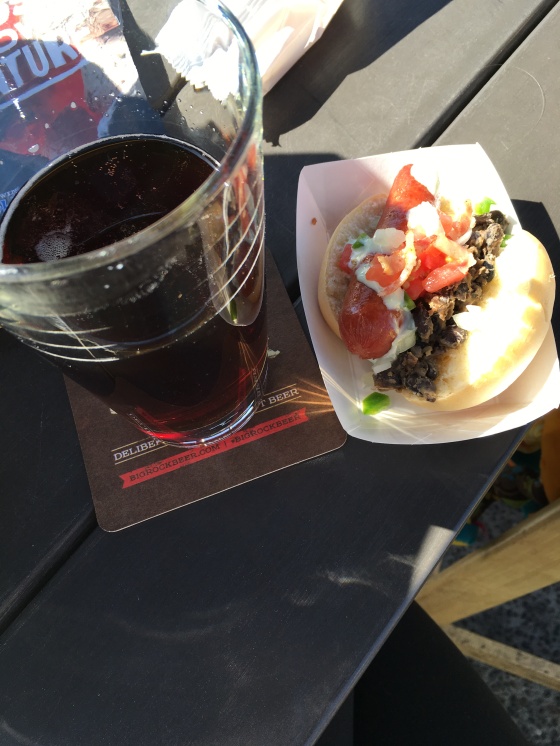 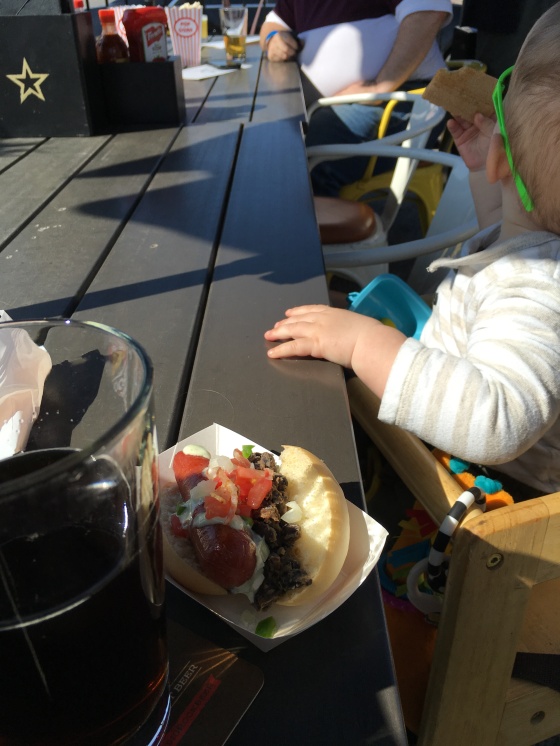 YES the food was great. And YES the beer was great. But what really stuck out to me was the customer service. I can’t stress enough how friendly the staff was to me throughout the event. They were always checking up on me, asking if there was anything I needed, and even brought an extra umbrella out to keep Wes in the shade. Plus, they actually got my food and beers for me so that I didn’t have to keep getting up and down with Wes in tow.

I’m pretty sure they’ve made a customer for life out of me. Insane craft beer selection + yummy food + exceptional customer service= mother BLEEPING bliss. HIGH FIVES TO YOU, NATIONAL WESTHILLS.

The BBQ had live music, games and prizes and I would have LOVED to have had Tyler or friends accompany, but it was so last minute. Oops. There was even a candy table and balloon decorations (some event goers and staff cut the balloons down to give to Wes. And they gave him stickers. LIKE SERIOUSLY- WHAT CRAFT BEER ESTABLISHMENT LOVES KIDS SO MUCH?!!! I wanted to stay there forever.)

Ack, back to the beer. I was able to sample the Pilsner, Sax in the Dark (Dark Sour Ale…MY FAVE), Electric Unicorn White IPA, and the Short Wave West Coast Pale Ale. I was told by the Phillips rep that the Pilsner was a newer beer that was ‘extremely crushable’. In lay mans terms: it’s easy to drink a lot of. Lay-er mans terms: you’ll get drunk off this beer. Ha! So true, it was crisp and clean and delicious.

Wes fell asleep on the way home and I rounded out the weekend with a quadruple decker Oreo. Because, YUP. Oh, and I walked the dogs. But that’s not exciting to read about. 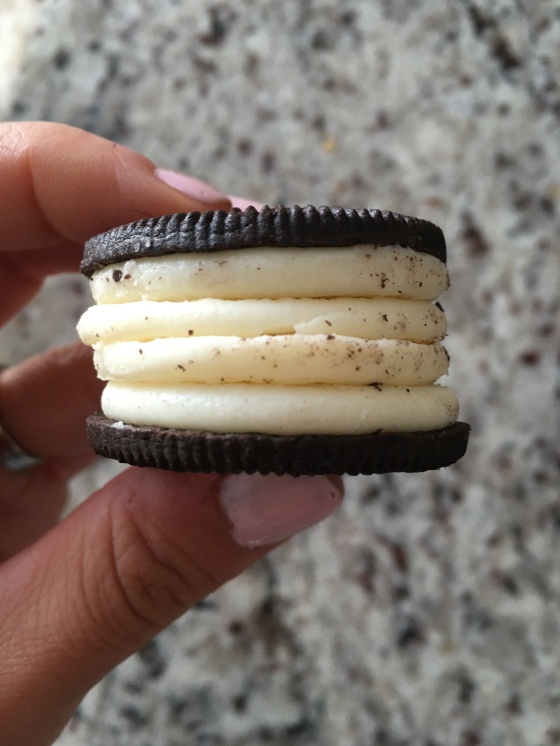