It’s no secret that Wes likes to eat. At 12 months, he’s just about 24 pounds and growing. We started introducing solids to him just after he turned 5 months and the boy had no problem accepting just about whatever I gave to him. 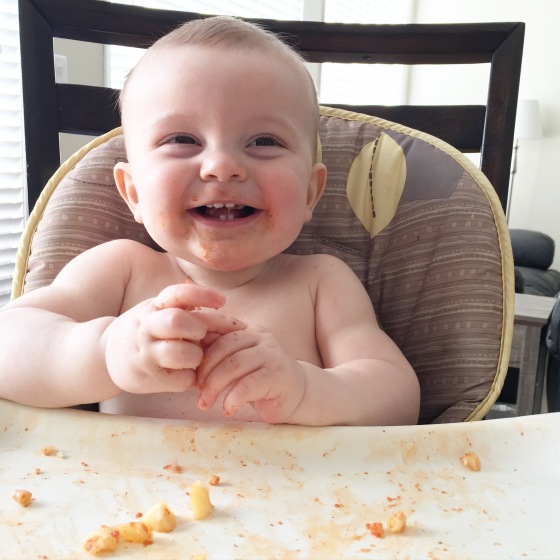 So he had the easy part- just eat the food. I, on the other hand, was a bit stress-ridden searching for products that were organic and free from crazy amounts of additives. The produce was a no brainer, but snacks and meals on the go were a bit trickier. There’s just so much out there that’s marketed for babies!

On one particular shopping trip, I happened upon the Love Child Organics brand and threw a bunch of food pouches and other snacks into my cart to see how Wes would take to them. The verdict? He was obsessed.

From then on out, I continued to keep his drawer (yep, Wes has his own drawer in the kitchen that is filled with snacks) stocked with Love Child goodies. Whenever I head out the door, I make sure to grab at least a pouch and a granola bar to have handy for those snacks (re: HANGRY) moments.

I lucked out a few months ago and won a giveaway that included this awesome tote!

If you’ve never heard of Love Child Organics, here’s an overview of the company:

Love Child was launched in 2013 by parents Leah and John-Garrod-Cole with the intention of providing children with organic foods that are as nutrient-rich as possible. There are no fillers, additives, preservatives, refined sugars or GMOs in any of their products.

In addition to creating great food, they are also very socially conscious! AND they also struck the largest deal ever on Dragon’s Den (the Canadian version of Shark Tank) allowing them to continue to grow.

While the product line already incorporates a lot of yummy flavor combinations- including a lot of quinoa and green veggies- they recently launched 4 more baby meals which come in the resealable pouches! They include: vegetarian chili, veggie casserole, pumpkin risotto, and ratatouille. YUM.

Love Child recently sent us the four new meals to try in addition to some of Wes’s other favorites: Love Ducks, Chomp Bars, and Teefies. We jumped right into them! 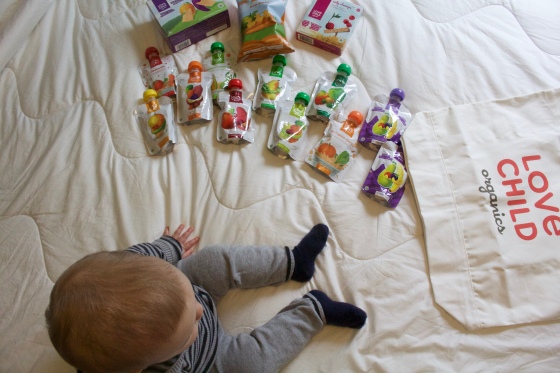 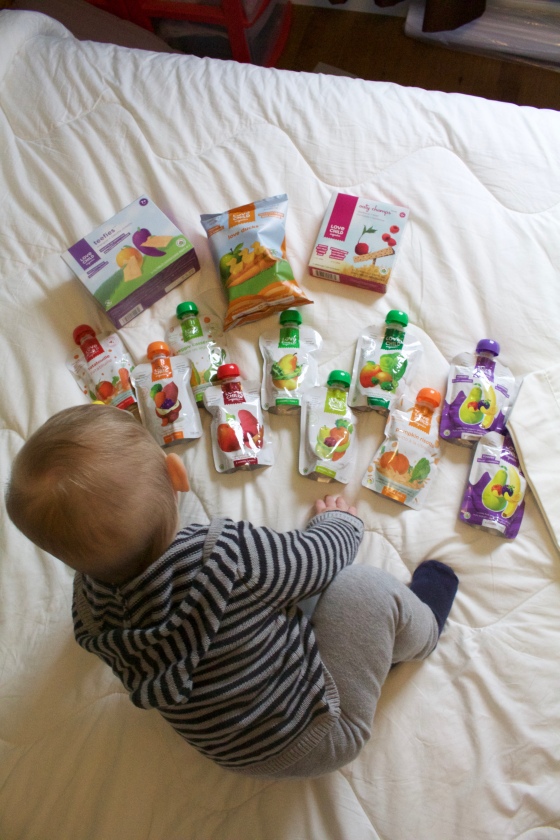 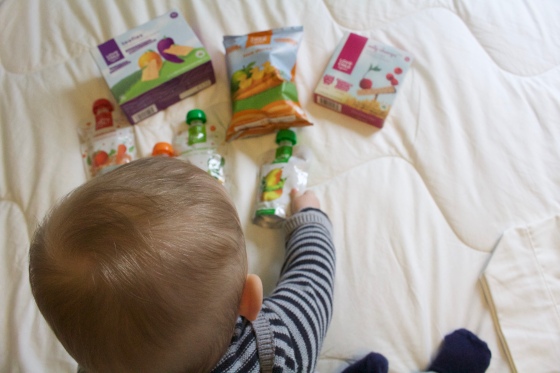 PS: Don’t put a ton of fun snacks in front of a food-driven baby. He was going bonkers wanting to eat everything! 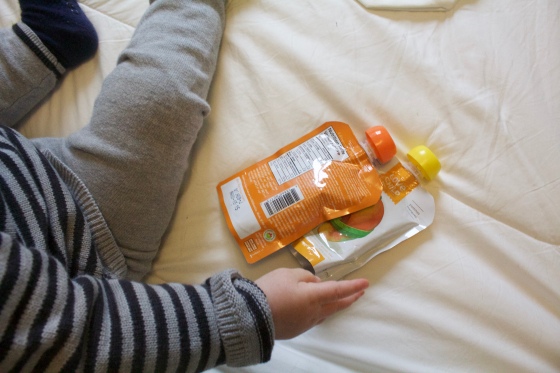 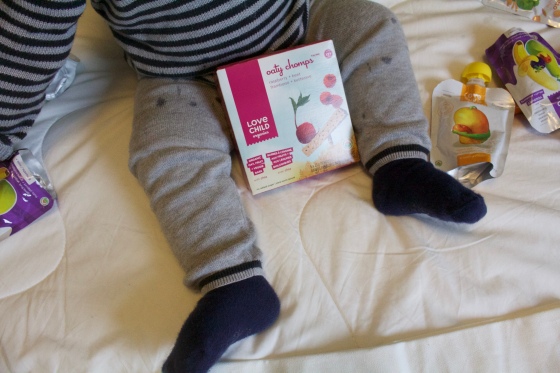 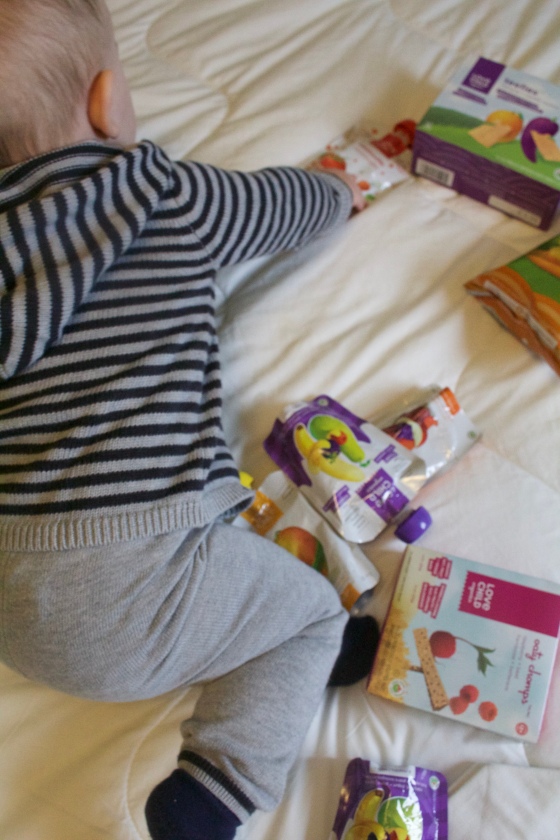 The new baby meals couldn’t have come at a better time because Wes’s appetite has been a bit wishy-washy ever since his 12 month shots last week. I desperately want him to get some good nutrition in, and the vegetarian chili hit the spot! He downed the entire pouch in one sitting.

You can warm the contents either by pouring them in a bowl or dipping the pouch in warm water, but Wes has just started eating directly from the pouch and I wanted him to take part in the novelty of his new ‘trick’ so he ate it at room temp.

I’m so happy to support a Canadian business that provides healthy meal and snack options for my little guy, so we are definitely permanent customers!

**You can get 15% off your order of Love Child Organics products on Amazon.ca using code LCOMOM13.**

Don’t forget! I am giving away a Grapple Toy Tether on my Facebook page this week, too!