Yesterday, I had made plans with my friend Nicole and her puppy Dallas to join my and my pups for a hike. We decided on Heart Creek Trail (check out that site, it’s pretty cool!), just outside of Canmore. It’s a pretty short hike, but it was easy enough for all the doggies and we could sit at the end of the trail for some lunch.

I packed a bunch of snacks for my lunch: BC cherries, red peppers, carrots, pepperoni, cheese, and a Quest bar. I also packed some doggie treats and lots of water.

I have done this hike a couple times before, but yesterday was a lot different than the previous trips because this trail was hit by the big flood from a couple months ago. The start of the trail was the same, but pretty soon the path was covered in river rock and fallen trees. There were a few times that we had to carefully walk over the creek. (Reggie is not a fan of water, so I had to carry him in one arm while holding on to Layla’s leash as she crazily scampered across.)

And there were a ton of log bridges. And by ‘bridges’ I mean 2 logs screwed together and strategically placed over the creek. NOT FUN when trying to cross with two crazy beasts on leashes. There were a couple of almost mishaps! 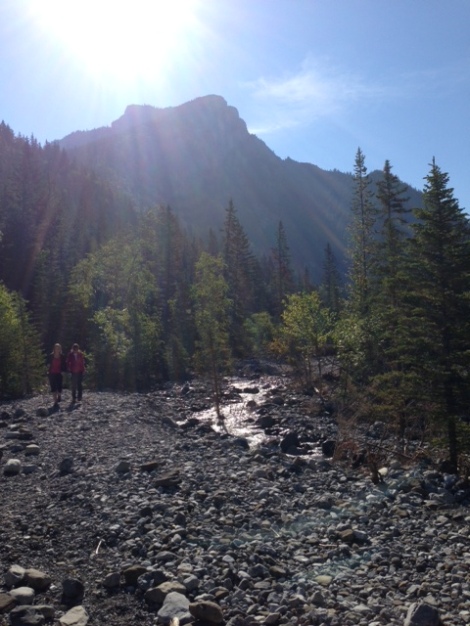 I obviously didn’t get any photos of the bridges because I value my life and not losing my dogs in the woods.

When we got to the end of the trail (I didn’t think we would be able to get to the end because of all the flood debris) we sat to eat. Layla had a few dunks in the water.

We took our time, so the hike managed to stretch to just about 2 hours.

Which was enough to tire these two out. Thankfully.

…and the view on the way home. 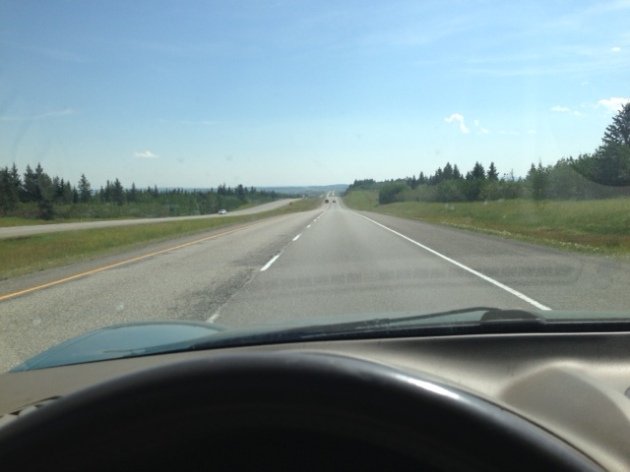 We all took naps when we got back.

Other happenings from the day:

How was your hump day?