Tanner, my sweet boy. How is he 7 months old already?! It constantly blows my mind that we are a family of 4 and that Tyler and I are allowed to be in charge to two tiny humans. Every single day is an adventure, and I’m loving every second of it.

Sleeping: Ok, so we are finally getting full nights of sleep! Hurray! At first, I was having to  nurse him to sleep, but as I have taught evening classes and held evening shifts, Tyler has had to take over that duty. Most nights, he passes out while we’re just holding him, so it’s like “uhhh ok, I guess we’ll go put him in the crib now. Cool.” Sometimes he will get up between 4-6, but quickly fall back to sleep after a quick feed. I am SO SO SO SO SO lucky o have two boys that love to sleep (I am typing this at 8:30am and they’re both still snoozing)

Clothes: He’s still in the same size clothes as last month- 18-24 months. Size 5 diapers. At his Check up last week, he weighed 24 lbs.

Eating: Aside from still solely nursing, he’s added up to 4 squeeze pouches/oatmeal a day. They’re all organic and contain a variety of fruits, veggies and quinoa/millet/buckwheat/chia/oat. I’ve tried to let him eat soft foods like strawberries and avocado and blueberries, but he gets so dang HUNGRY that he just wants to food spooned in his mouth as fast as possible. No judging over here, ok? A fed baby is best amiright?!! 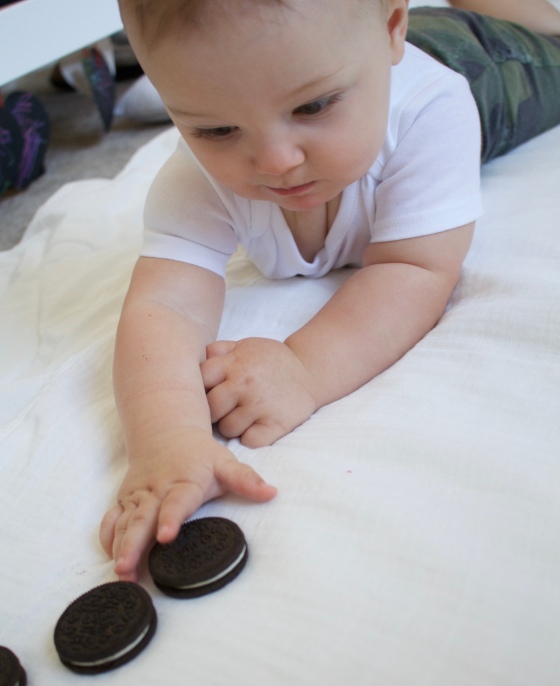 Activity: Still the smiliest and giggliest baby on planet earth. He smiles when I come into his room in the morning, smiles through every feed, laughs every time he sees his reflection or facetimes grandma & grandpa. 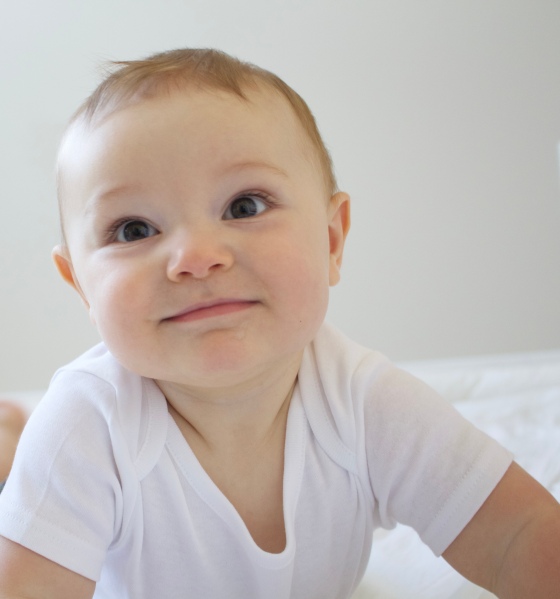 Plus, he’s rolling like a mad man. He’s even almost to an army crawl. I’ll put him down on the floor in the living room to grab something in the kitchen and when I turn back, he’s already on the other side of the room. He ferociously kicks and waves and LOVES my phone and the remote. (I think he knows how to operate the settings on the remote better than I do). 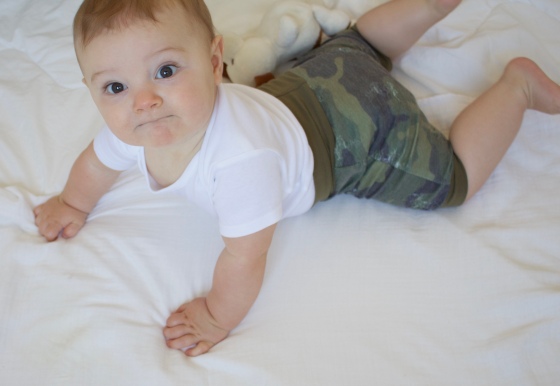 Same as before, he absolutely adores his big brother. The two of them have their own language and I often find them snuggling up with toys and giggling nonstop. I hope that continues for a long time.

He’s just about transitioned out of his infant carseat entirely (do you even know how effing heavy it is to lug him around in that thing?!!!!) and we’ve gone on several walks with I’m in the actual stroller seat. PS: The City Select stroller is the bomb dot com.

He;s almost too big for his newborn tub, so as soon as he gains a little more strength in sitting on his own, I’ll transition him to the laundry basket in the tub. 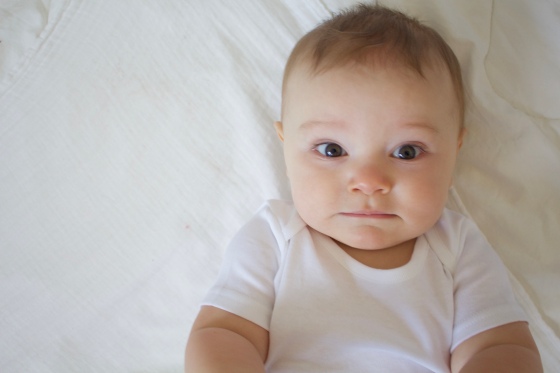 In a couple of weeks, I will be taking both boys to New York with me, so it’ll be really interesting to see how the travel will go with a double stroller and two car seats. 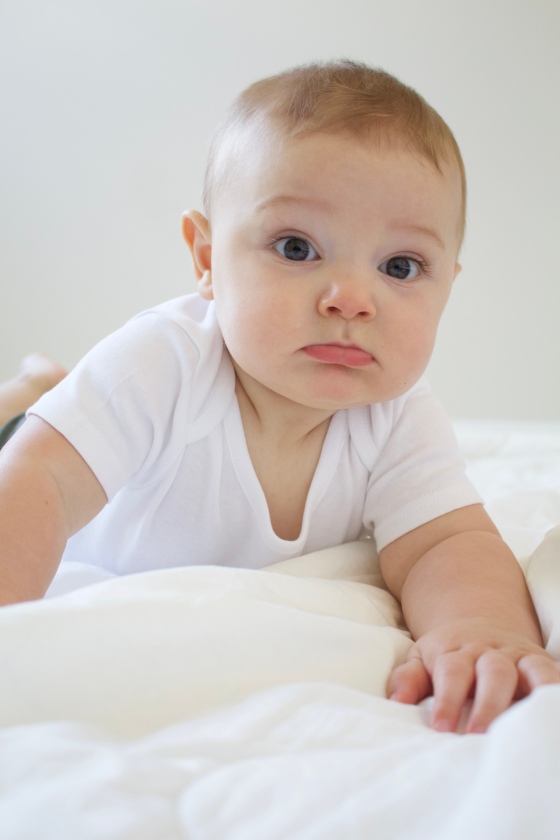 What else can I saw about this adorable little man? If I had to pick one thing to remember about this past month, it would be him eating more food, rolling all over, sleeping like a champ, and being the happiest darn dude around.

Ok, that was more than one thing. Whoops.