Just thought I’d pop in today and share some things I have been loving lately. And of course, feel free to share in the comments what YOU’VE been loving lately, because I will probably check them out and end up loving them too. Unless you’re loving seafood or Glee or country music then fat chance. 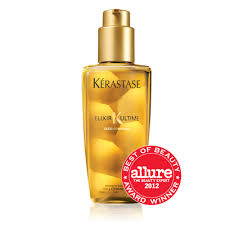 This stuff is amazing. I put a few drops in my hair after I wash it and not only does it smell DIVINE (think of the glorious salon/expensive smell) but it makes me hair soft and light when I style it. Which is rare these days, but I will still throw some in before I go to bed because the smell honestly just makes me feel sexy. It’s a bit pricy ($54 CAD) but it last forever and well worth it. Several of the other products I rotate through are also a bit on the pricy side but they too have been in my hair regiment for a long time!

In previous years, I loved making smoothies (mostly ones that included protein powder) but I had the crappiest blender ever. When we reno’d our kitchen, the blender kind of when kaput, so my smoothie consumption drastically went down. Unless I felt like shelling out $7 bucks at Jugo Juice. BUT- this year, I finally decided to splurge on a Vitamix..using some of the money I got from my work bonus! Holy moly is that machine the most amazing thing ever. It blends anything and everything like a charm. Tyler and I have both been loving smoothies lately because they are quick and tasty and cheap! We can use not-so-good looking fruit we have leftover and stock up on a ton of frozen fruit from Costco. I’m excited to try out more recipes this summer! Oh, and I’ve given up on Nutella for a bit, but if you’re still on that wagon, check out this YUMMY Nutella Milkshake recipe. 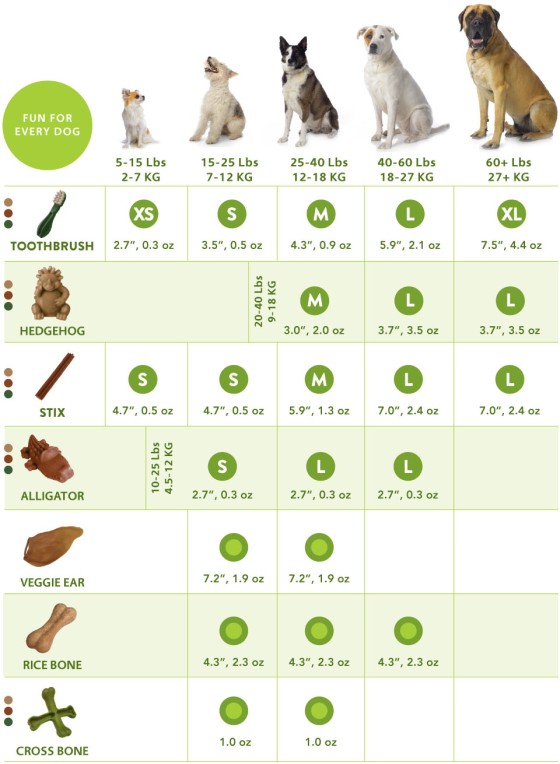 Ok, obviously this one isn’t for me but the dogs go NUTSO over them. We generally only give these types of ‘big’ treats to them on Friday and Saturday nights and ones we’ve bought in the past have either not agreed with the pup’s tummies or Reggie gobbles them up faster than you can blink. Which is unfortunate, because you’d hope they’d last at least a few minutes when you’re spending upwards of $20/bag on them! Reggie gets the hedgehogs and Layla get the alligators and both dogs love them- I think it even helps with Layla’s mouth troubles! (both dogs have each had a tooth removed but Layla also has a lot of nerve damage on the left side of her mouth making it hard for her to chew).

Do I sound grown up for listing PAINT as a favorite? But seriously, this paint is great. Here’s why: Our house was built in 1981 and I’m guessing there have been quite a few previous owners- most of whom had terrible taste in decor. Paint colors included. When I moved in 3 years ago, most of the house was a weird dark brown/mauve color and totally barfy. We tried to lighten up the dining room and living room a few years back, and it took us 3-4 coats of crappy paint to just cover the yucky brown. When we did the basement this winter, we decided to give Marquee a go because of the one-coat guarantee and it covered the basement’s dark green like a charm! We were so impressed that we bought another can to do the guest bedroom, another for the baby’s room, and are now currently working on covering up our previous poor paint job in the main living space/kitchen. The paint line comes with a slightly higher price tag, but it DOES work in one coat which could really make it more cost efficient in the end. 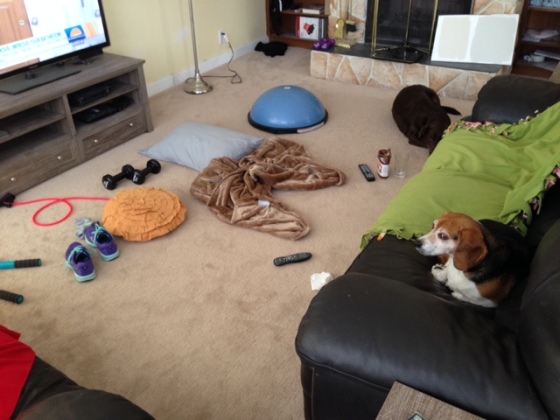 Since I haven’t had a gym membership at all this calendar year (gasp) it has been really great being able to alternate between what I do have here at home. Sidebar: I can’t wait until after this baby is born to join the Y again!!! Obviously my workouts and far less intense while pregnant, but it is really nice to be able to grab a few weights or a band and do SOMETHING while I’m watching TV.

-I’ve only done the Prenatal Fitness Fix once because I thought it was a really cheesy video and could honestly come up with the series of moves myself.

-I’ve done the vinyasa yoga DVDs quite a few times because it is a nice change up from typical workouts, plus it offers 15/30/45/75 minute practices depending on how much time or desire you have!

-I’d like to say that I love the Tracy Anderson Pregnancy Project series, but that would be a lie. She has some great moves that actually target all those muscles that might be hard to otherwise reach during pregnancy, but I really just can’t stand her teaching method. Her explanations, banter, and demonstrations just bug the bejesus out of me. And you can tell when she gets tired because her rep counts are very inconsistent. Tyler laughs when I do these DVDs because I yell at her a lot.

I’ve covered, beauty, food, dogs, home and fitness. Only topic left untouched is baby- which will come tomorrow! (the topic, not the baby).