I promised you last night’s workout, so here it is..

It was a quick, sweaty an effective workout. My shoulders and glutes feel it!

Today has been filled with a whole lot of nothing. I discovered that Layla sniffed the paint while it was still wet (trying to get high?)

I could have guessed it on my own, since the only thing I know is 32F=0C, but I thought I’d show you the rest of the forecast as well. Not as bad as you think. These people use Celsius to make it look like they’re suffering more than they really are. I will, however, mention my desire to still be in Boston right about now. It’s like a buttload hotter. For March.

*I hate hate HATE talking about the weather, so you see how eventful today is for me to even bring that up.

I took Layla for a walk. Nothing interesting there, either. It was gorgeous out. And I let the neighborhood see my blonde pom pom. Sadie put in layers, but it wasn’t until I washed and let it air dry (curly= gross) that I realized how much was gone! 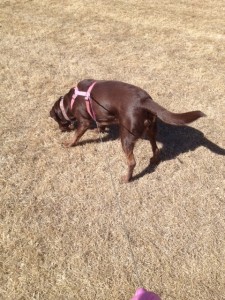 Yesterday’s fake mac was NOT a success, so I am hoping to win Tyler back with sawwwwseeeeeeege tonight. Haha, there’s a joke in there, but per usche, I’ll let you think of it on your own.

I paid way too many bills last night/today and have way too little money. The scientific calculation there suggests that that shit is not cool. I had a  major panic attack last night. You have no idea what it’s like to be in my shoes! I cannot elaborate further because I am a terrible writer, plus I don’t want to get worked up again. I didn’t sleep a wink because of it (On the plus side of that, I read a LOT of Mockingjay to fill the void) Another plus: I did manage to save $471 for my health coverage for the month of April, so there. And a big tongue-sticky-outie face to you, AMERICA. And a thumbs up to you, CANADA. Ahhhh sigh.

Don’t fret, this isn’t a Woe is Me post, there are more optimistic things!

Ok, it looks like three is not the magical number for that list, but two is better than none.

Best thing you did today?

I have to start the morning off right. Look at this dress:

Source
Ah, gorgeous! I think I could even pull it off.. Not that I have any reason to wear a floor length gown, but still. And then there’s my favorite part: 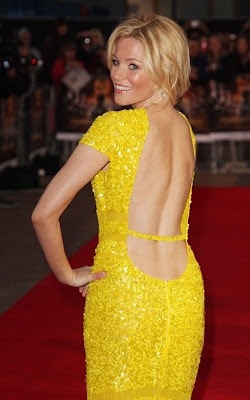 Source
Woof, take a took at that back (not specifically Elizabeth Bank’s back, but the back of the dress) LOVE. I think one of the boards I have on Pinterest mainly consists of backless dresses. I have an obsession. Does anyone want to invite me to something fancy so I can buy one?! Pleeeeease…

Back on track, Jen, back on track. Today is Thursday! *duh* no different than any other day, BUT I’m having coffee with another American! Yup, I’m not the only one who has left the U.S of A. to be with their man. You have no idea how exciting this is for me. More importantly, I have plans. That’s right, something to get ready for. A brush my teeth, comb my hair event. We agreed to meet at a coffee place halfway between our houses and perhaps walk the park or browse some boutiques (she has no idea what a pro I am at browsing).

Just had myself another bowl o’ oaty goodness in preparations for today’s events.

I actually weighed myself this morning (pre-oats) and discovered that I haven’t gained any weight! I usually only weigh myself when I am at my parents house because I’m one of those people who could obsess over the number (cue: downward spiral). But Tyler just taught me how to use his scale (I’m too stupid to figure it out, apparently) and I thought I’d give it a go after this past months events. Woohoo! Jen’s a happy lady.

Question: What’s your relationship with the scale?