Woof did it feel like a busy day! After breakfast, I threw Wes in the jumperoo and attempted my workout. I’m an idiot and tried to do a high intensity workout after a big meal and felt like barfing the entire time. Wes fell asleep with 10 minutes left so I was able to quickly switch him to his crib and finish up few a few minutes to spare.

Then it was time to run errands! We went to Wal-Mart, West Coast Kids and Bed Bath & Beyond. SO EXCITING, I KNOW.

When we got back, I spent a bunch of time picking out photos to get printed, then put Wes down again and made dinner. I haven’t had baked ziti since the days of sports team dinners and it was good! 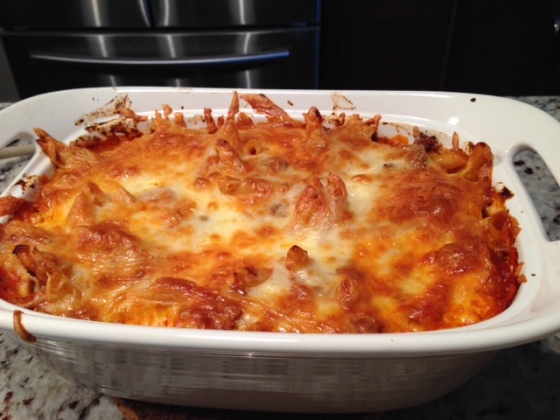 I took the pups for a long evening walk, bathed Wes and painted my nails. Monday: ENDED.

UGH. Someone decided to get up at 5am. And then only went back to sleep if it was on my lap. I’m not complaining, but please send eye cream!

I got in my workout (HATE doing super intense workouts in the morning. barf) and Wes had a nap before we headed over to check out a potential day home and make a Costco run.

Only took 6 months for me to finally put this frame together..

I think Wes got out of the wrong side of the crib this morning because the boy did NOT want to go down for his afternoon nap….until 30 minutes later I put him on my lap and he was out like a light. I keep reminding myself to cherish these moments because he’ll be too big before I know it!

We went for a walk in the late afternoon to kill some time. Wes shook his wind chime the entire trip- much to the entertainment of all the high school kids walking home. I should have worn shorts and a t-shirt because it was HOT, and considering how hilly my route was, I was a sweaty mess.

DAD WIN: Successfully changing the batteries in the jumperoo while baby is actively jumping in said ‘roo. 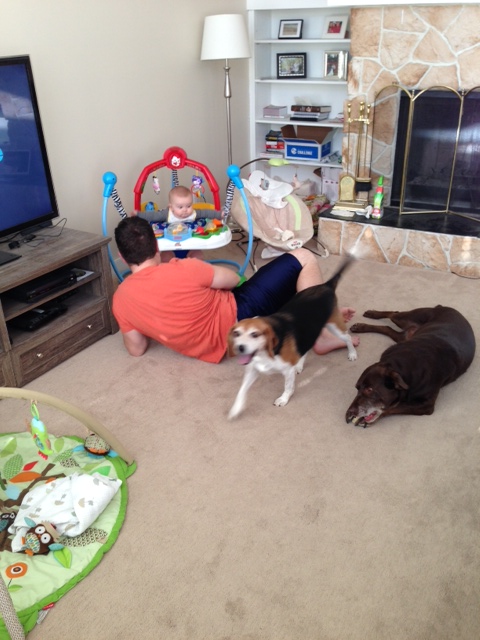 We had chicken quesadillas for dinner, I walked the pups and Wes was in bed by 7:30. By 7:31, I was in the tub with EXTRA HOT water to relax. It lasted about 20 minutes since the water was so dang hot I was sweating my butt off. 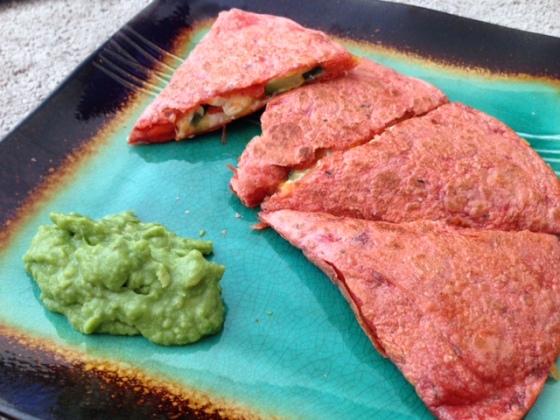 I ended up getting 9 hours of sleep! Hooray! I started the morning off with Shakeology- I’m trying to limit myself to one shake a week because the stuff is so DANG expensive and the only closest alternative I’ve found is Vega and the taste is just not the same..even though it is good. I make mine with oats, pb, almond milk and ice. NOMS

After my workout, we headed to the children’s consignment store where I scored a great winter coat (from baby gap) and sunglasses. We then headed to the mall for a high chair toy and then some groceries. Wes LOVED his new toy. Wes did NOT LOVE pureed chicken. I don’t blame him- shit’s gross.

We played around for a bit afterwards. You guys, I think my milk intolerance is back. I had some Ben & Jerry’s and it did not agree with me in the slightest. Huge sad face. Guess I should make more cookies then.

I noticed Sportchek was having a big sale and there was a jacket I was sort of eyeing, so we walked over to check it out. As luck would have it, it fit AND it was 50% off AND I had an additional $30 off, so basically they should have paid me to take it off their hands.

We took a long walk afterwards before heading back home for some yummy turkey BLTs for dinner. I took the dogs for about a 1 1/2 mile jog (I hate that it’s getting dark out earlier!), bathed Wes and get him in bed. I passed out watching a PBS documentary on a nazi prisoner camp. How mood lifting, huh?

12 hours of sleep from the baby! Yay! Oh, and he’s found his thumb- sucked on it to put himself to sleep twice throughout the night! Before he was up, I had breakfast and fed the doggies. Seems that Reggie was feeling extra cuddly and wouldn’t leave my side. (PS: He’s usually an asshole).

I was able to let my food settle a bit longer before my workout, so YAY another win for the day. Anyhoo- I am really trying to take advantage of this great weather and be outdoors with Wes as much as possible. Rather than taking the car, I opted to walk to the nearby shopping center to run our errands. I needed some groceries, Quest bars, and umm…ice cream. About what I said before with that whole dairy intolerance…screw it. I love B&J too much.

It was a quiet afternoon other than that. We ate, played, read books, napped. Scratch that- WES napped. I can’t nap during the day otherwise my sleep at night is screwed. At least for now. 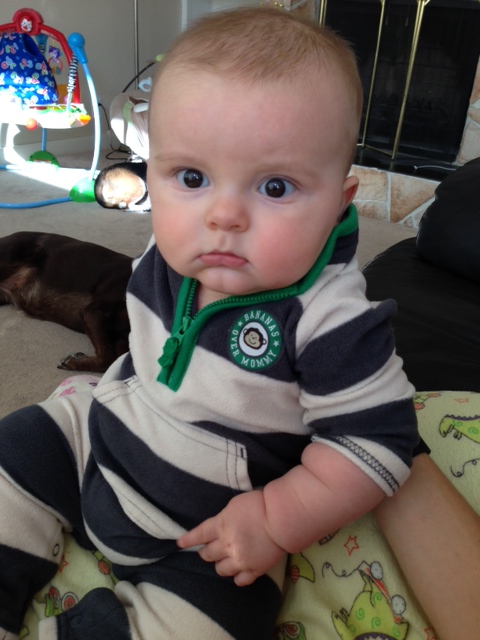 I think he’s about 4 seconds away from sitting up on his own for more than, well..4 seconds.

The puppies got a nice long walk after our dinner of turkey and spaghetti squash. Then I took another bath because I WANTED TO.

Make any good dinners this week?