Well surprise surprise…I’ve got more beer to share with you.

Last Friday, I went to Oktoberfest and enjoyed samples from several Alberta breweries. It’s great that so many stands at the fest were local, but a bit of a bummer for me because I’ve had most every beer there already! The highlight was then the casks that were tapped every hour, so no real complaints from me. 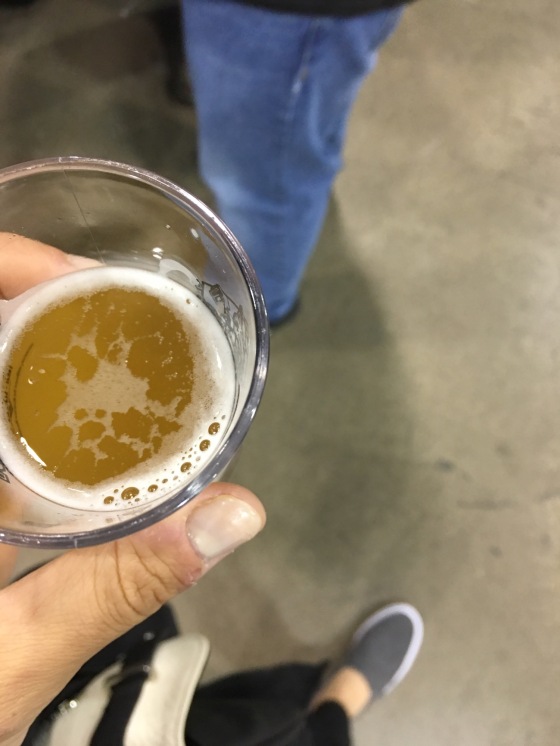 Boiling Oar Kolsch. I’ve decided I’m not a Kolsch person. It just doesn’t do anything for me. 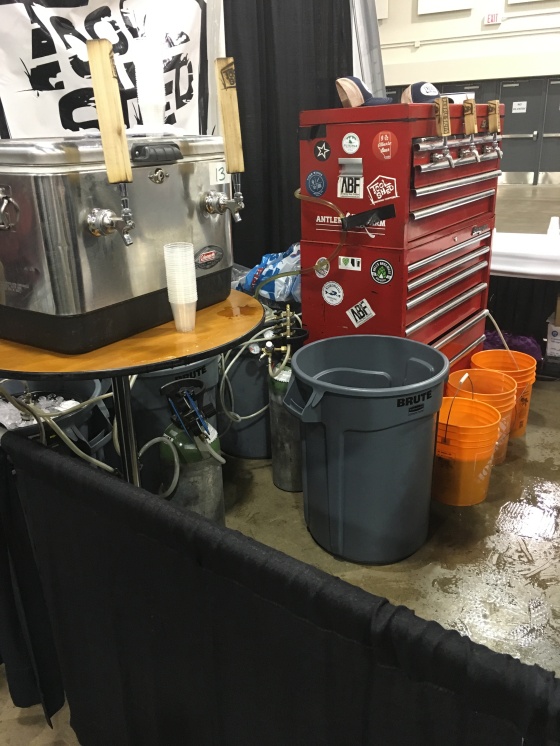 Tool Shed made my hands down favorite beer of the entire night. They had a cask of their People Skills that was infused with raspberries and basil. At first I thought it might taste funny, but it was the only beer I went back for seconds. SO TASTY. YUM YUM YUM. Also, Tool Shed is just about the best brewery on earth. The end.

And this is the part where you’re like….well this post is boring. It’s the same picture over and over again. Pretty much, BUT if you’re an actual beer fan, you’d be looking at the brewery names. All of them were decent beers unless noted (also: personal preference FYI)

I’ve been a superman of Goat Lockers Pale Session Ale and was excited to try out their new Fainting Bock, but I didn’t care for it to much. There was an aroma and flavor I couldn’t quite pinpoint and I wouldn’t find it enjoyable in pint size.

Dandy- one of my Calgary favorites. I tested their passion fruit sour and it was delicious!

Also tried Blindman’s sour #6 which was alright- a basic sour if you will with no outstanding flavors.

Boiling Oar had a chocolate infused brown ale. In my opinion it was a ‘fun’ cask, but not something I’d ever drink. I’ll eat my chocolate!

Half Hitch is pretty good. I’ve enjoyed all of their beers but don’t find any to particularly stand out. I’d love to check out their brewery and maybe sample again to see if my mind changes!

Bench Creek makes a delicious White Raven IPA. I have to be in the mood for it since it’s a distinct beer, but DELICIOUS. If you’re an IPA fan, try this.

Two Sergeants makes a Belgian Wit that is so flipping delicious, I could have hung out at their booth all night. I checked out their website and it says they imported fresh blood orange puree imported from Sicily for it! Hot dang, that’s fancy. 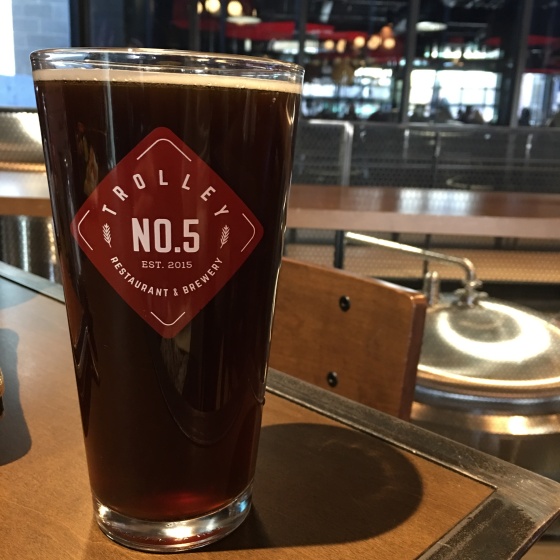 The following morning, I met up with Ange at Trolley 5 and tested out their Charlie Brown Pumpkin Ale. It was actually pretty delicious- not too spicy and not to gourd-y. I’ve read a ton of conflicting reviews on this beer, but I’d recommend at least trying it out to form your own opinion. I gotta admit though, I’m pretty excited to head home to NY next week to indulge in some fall/pumpkin beers there!

^My kinda reading material! Such a great source of information (although I’d like to think I’m in the know enough to have already been aware of most of it. WINK WINK)

Tyler and I picked up a bottle of Drupaceous Apricot Wheat Ale and well….neither of us cared for it. I couldn’t get past the smell (grassy?) and had a hard time detecting Apricot. Wah. 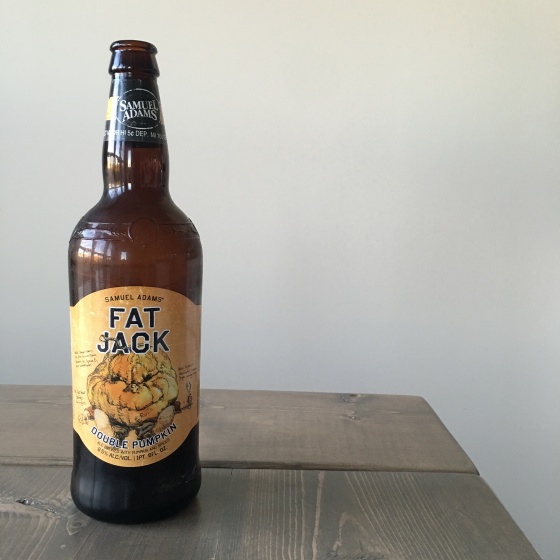 And it took me about a million hours to get through Sam Adams Fat Jack. It’s 8.6% and packs a punch. The flavor is there, but it was too strong for me to enjoy.

That’s it for this week! (That should be enough to help in your beer decisions…right?) I’ve already got WAY MORE to share with you next week too!

Don’t forget: Leave me a comment with a beer you’ve been loving lately!