Too many things to catch up on. How to start. Where to start. Maybe I’ll just make it a big clusterf*ck of stuff. Here we go:

POMEGRANATES. Tyler found them at the grocery store and I squealed (like a delighted child, not like a pig…though there are minor differences) 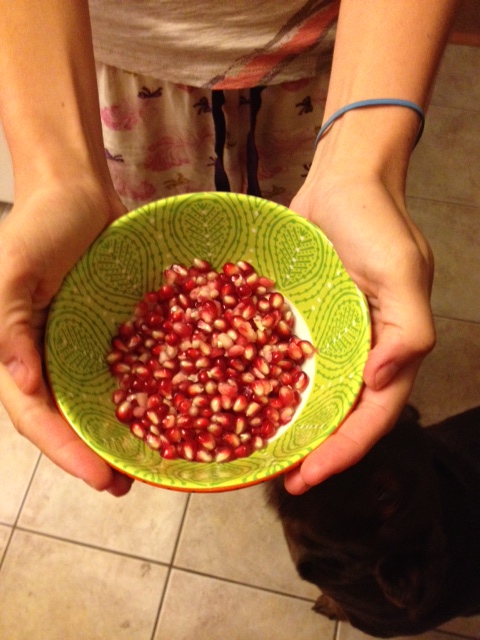 So we rounded out our Saturday night with pom boozy drinks and betting on teams for Sunday football (fast forward: I only got TWO wrong. Damn Colts and stupid Texans. more on that..) 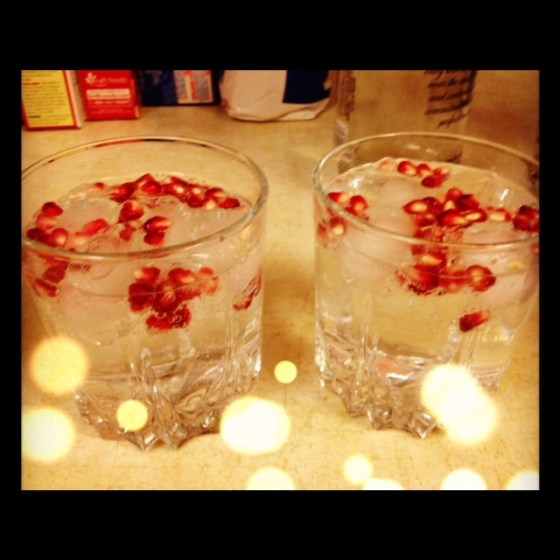 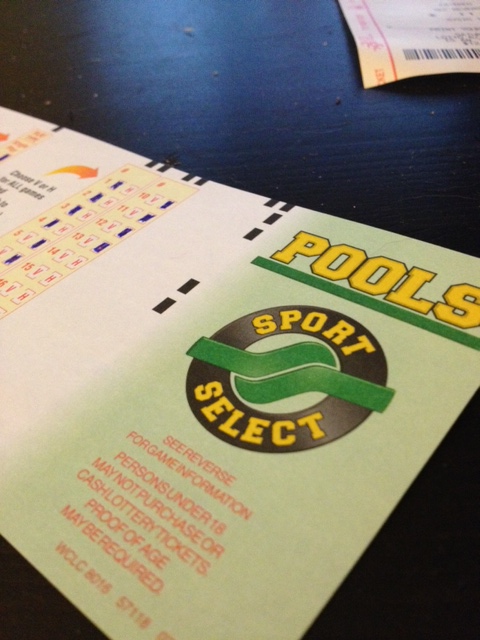 Sunday I took Layla for a long walk, finished up some HW (I swear to god if I have to write one more graduate level paper on Wal-Mart I will kill myself. Granted, this is my last class so chances are slim, but there are 7 weeks left, so you never know!) and we got to working on our Canadian Thanksgiving feast.

Since we were pretty much parked in front of the football games all day, and inhaled a ton of Coors lights, it only made sense that we set our coffee table instead of the dining room table for dinner. 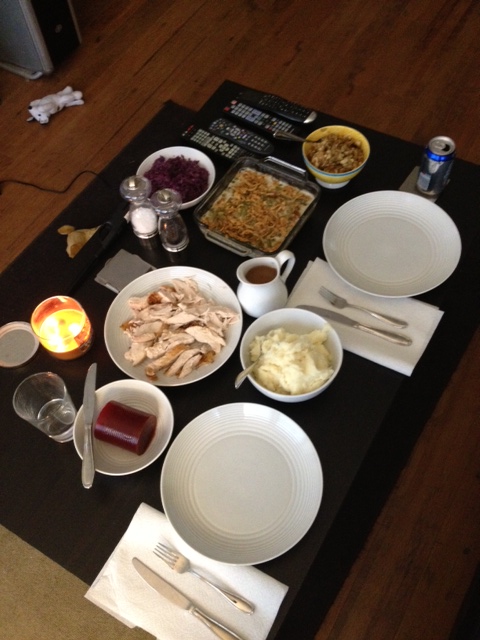 I then proceeded to fill up my plate, and kill my digestive system (no joke) 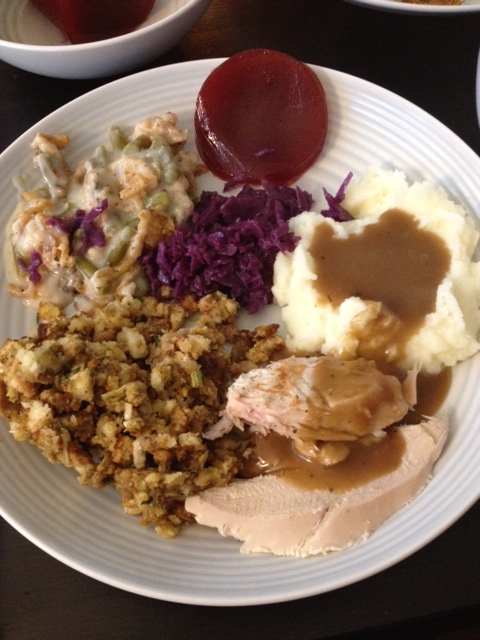 “What’s all that on your plate” you ask? Well I was just about to tell you. 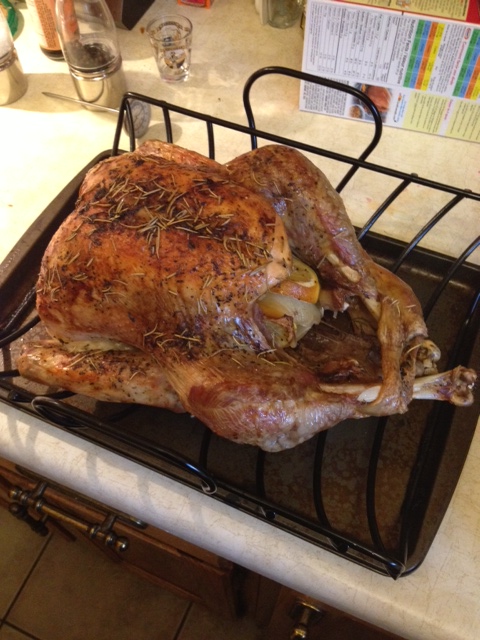 Well, of course there’s the turkey. Which Tyler prepared wonderfully. And we have another in the freezer for American Thanksgiving next month! 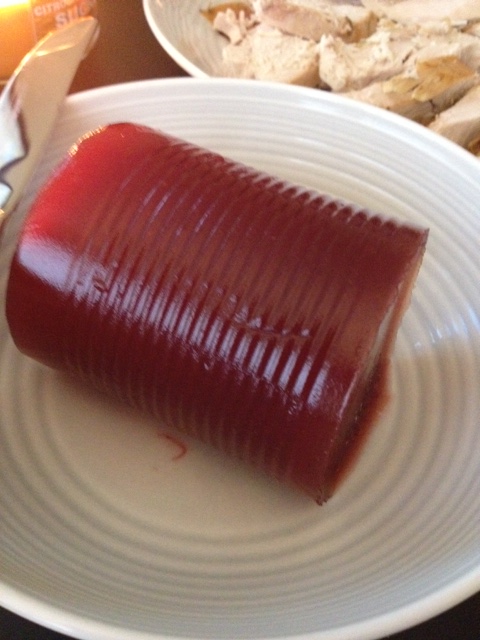 Jelly. I would normally make from scratch, but since Tyler doesn’t eat it, I didn’t bother. Besides, this is easier to slice for leftover sandwiches! 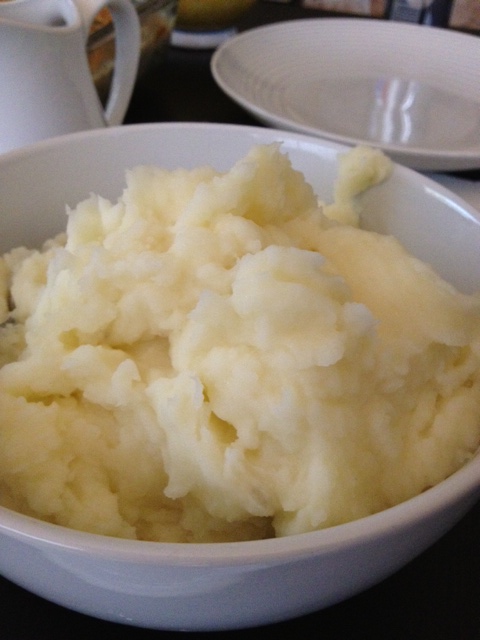 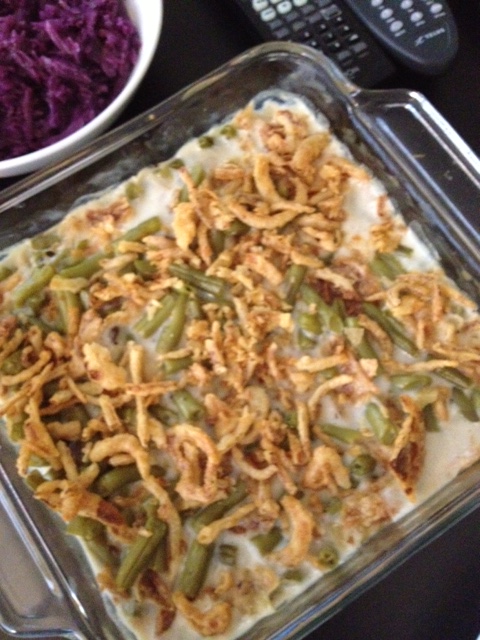 Green bean casserole. This was a must since I first introduced this to Tyler when I came to visit him here in Calgary during American Thanksgiving last year. It is his favorite (methinks) 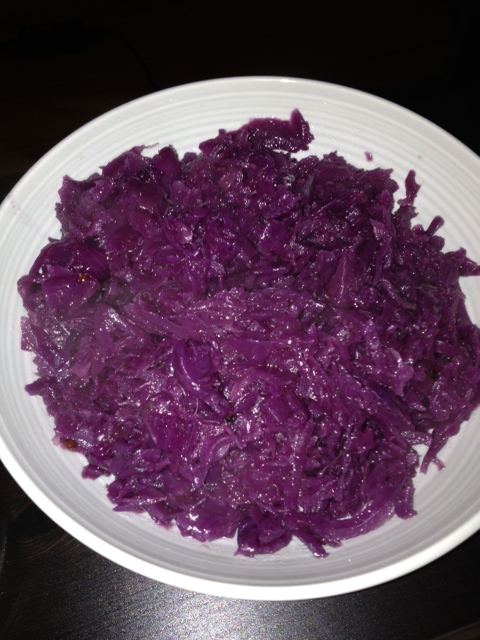 Red cabbage that Tyler’s mom makes. I had never had it before, and he told me it was best when mixed with the mashed potatoes. And boy, that didn’t disappoint. It was soooo good! 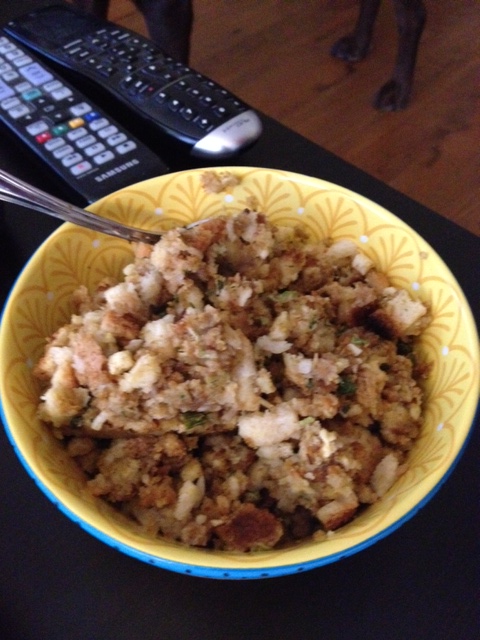 Stuffing. So good, and yet so not good for you. Whatever, it’s Thanksgiving and the scale hasn’t budged. (Seriously, I’m not kidding. I ate all that, drank tons, and the number on that scale? The same. I thought it was broken, but I had Tyler try it out and I moved it around the house just to make sure)

Oh, and I did make my mom’s killer apple pie. I was nervous I didn’t make it up to par, but it came out fantastic! 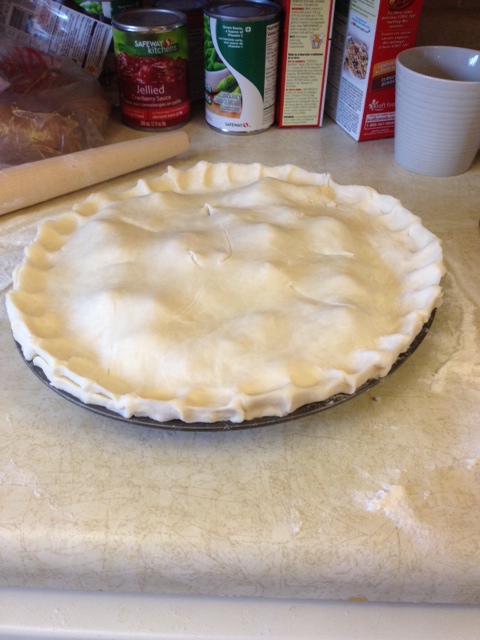 The crust was made from scratch and everything. I am a badass betty crocker in the kitchen. 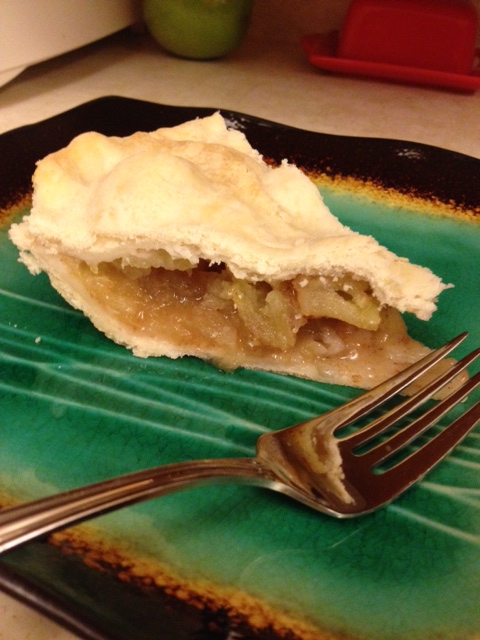 Thanksgiving was a success.

Yesterday, I made us some yumtascular pumpkin pancakes for us. After I woke up the two lovebirds from their embrace, that is. 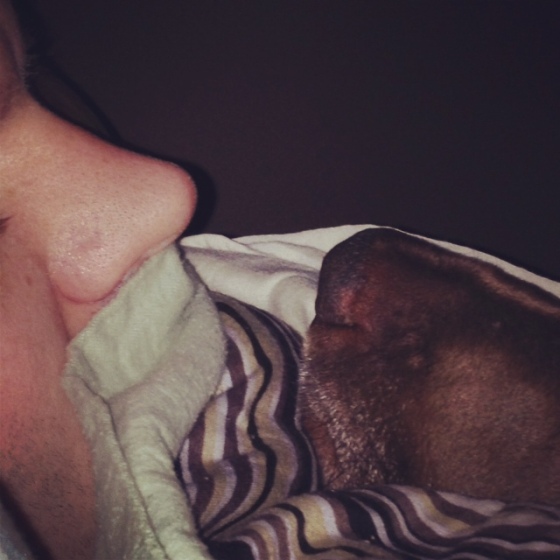 I was feeling so confident in my kitchen abilities, that I smothered those fluffy things with Nutella. OMG was that the best decision I have ever made or what. So good. So so good. 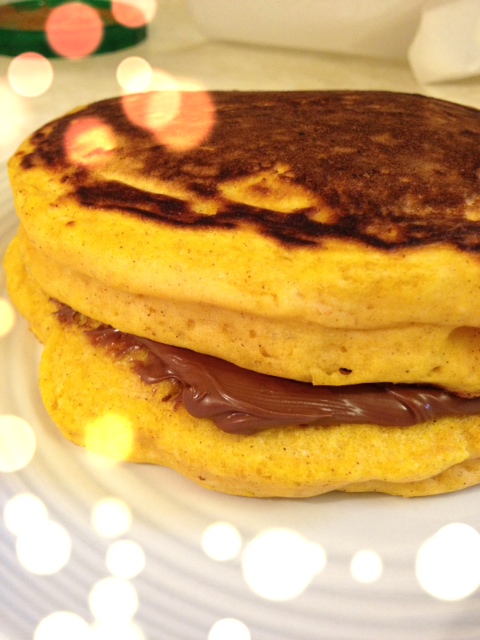 Layla was given scraps of tons of stuff this weekend and I think she is still in a coma. Or she could still be feeling the effects of our 3.5 mile run on Saturday and our crazy long and hilly walk on Sunday. 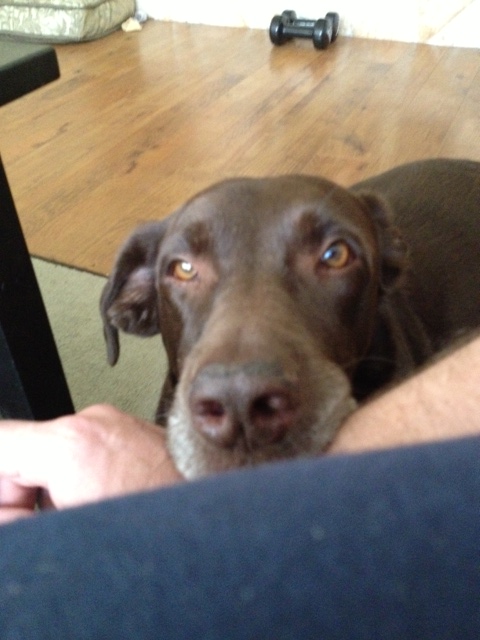 K, that should satisfy your nutcaseinpoint sweet tooth for now, I have things to do! And vodka to drink.

5 thoughts on “Clusterfuhhhh of stuff”