Happy Winesday Wednesday, folks! It’s that time of the week again where I share all the tweets, instagram shots, emails and facebook posts with YOUR recent bevvies. (I now know A TON-too many- preggo people now. You can STILL submit your non-alcoholic drinks!) Let’s get right to it to see if any of this week’s goodies spark your interest! 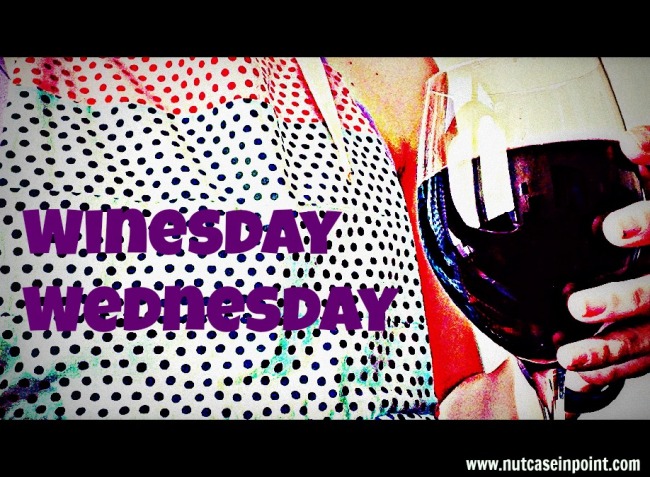 Keith (<—link to his blog) sent in another goodie! I immediate read his description aloud to Tyler to see if it piqued his interest in throwing together another batch of vino. Keith wrote:

This is the last bottle of the Australian Bush Vine Grenache. It was bottled Nov 2007. It’s been a very reliable go to wine for a variety of purposes. It goes well with lots of food, and can hold its own with all but the spiciest. It’s a bit tart in a blackberry plum sort of way, but lots of other flavour to roll around on your tongue.

If Keith’s pictures haven’t inspired any of you to consider making your own wine, I don’t know what will. OK, maybe tasting it would.
Check out Athena‘s wine corner! How cute! I told her I had just been eyeballing the exact same wine bouquet- it’s so neat!

Monique @burpeestobubbly (twitter) tweeted TWO different #winesdaywednesday pics and I wish I enjoyed BOTH with her! This is seriously a girl after my own heart…work hard, play hard(er). She recently started up her own bloggity blog which you should check out (in case you were wondering, we know each other from working out together in Boston. Lucky her, she still lives and teaches TONS of fitness classes in that great city! 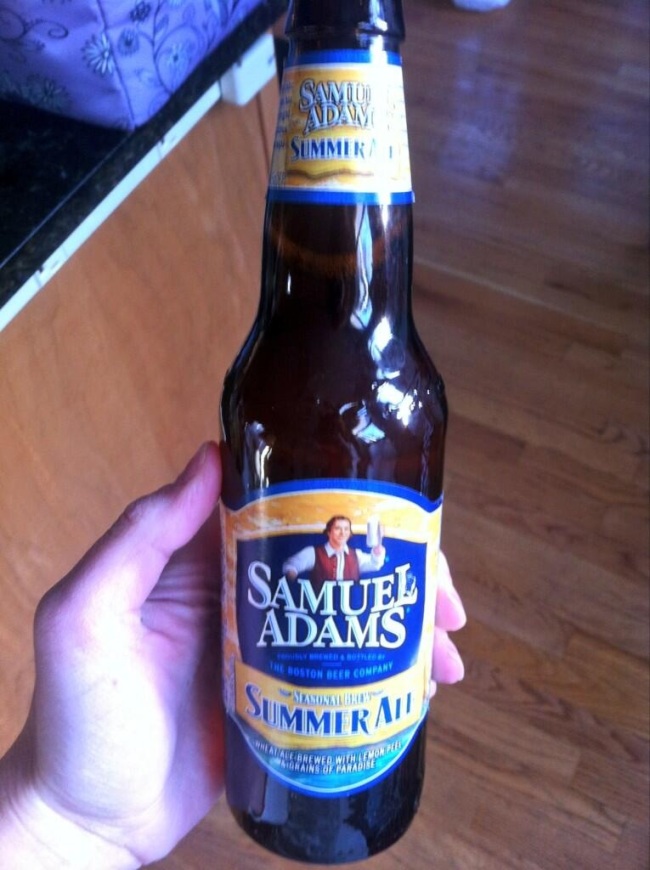 and Sam Summer (hint: if you go to my wedding…this just might be one of the draft selections!)
Chelsea @RunnerGirlChels (twitter) gave me the heads up that she had a really awesome wine to share. She mentioned it was a red blend that she tried at a friend’s BBQ over the weekend. And yes, the name is pure genius. I would buy it just for that. 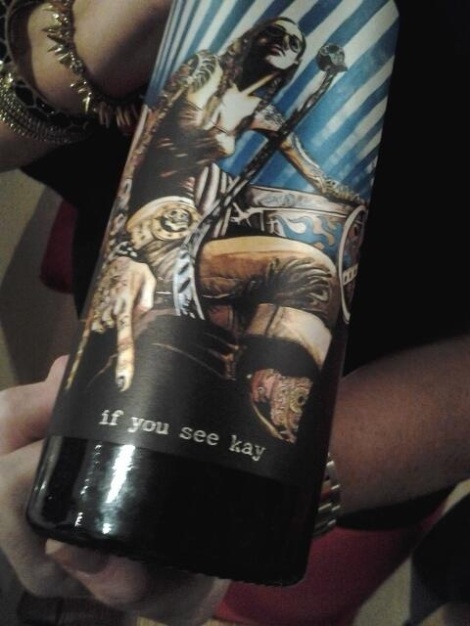 Sara @Turner_SR (twitter) enjoyed some beer and hockey this weekend! She later followed up with another tweet saying she swapped to twisted iced tea with the hashtag #whateverisinthefridge. Again, my kinda gal. 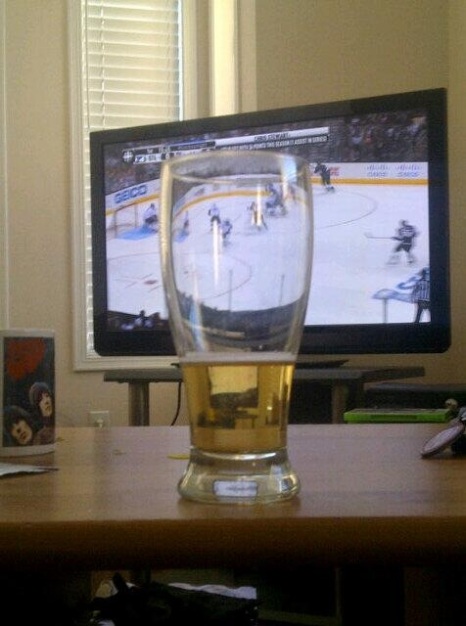 I remember resorting so some incredibly questionable drinks when I was younger. Like tequila and coke. Or vodka mixed with shaved ice. Now think of what questionable drink you may have had and proceed to shudder. Oy.
Katie @kepotts (twitter) FINALLY got to enjoy a glass of vino after work tonight. If you don’t read this girl’s blog, you should. She’s smart, funny, and a bunch of other positive adjectives. In my opinion. Of course, most of the people who submit WW pics have blogs, but by sharing with you WHICH METHOD of social media they submitted, it will allow you to check them out- in at least ONE way.

(BTW: that’s A by Acacia Chardonnay)
Ja had sake! Oh man, it has been AGES since I’ve had sake! Ja mentioned that it was smooth and creamy and a nice way to end the night. (Just bumped Sake back up on the to-do list! Thanks, Ja!) 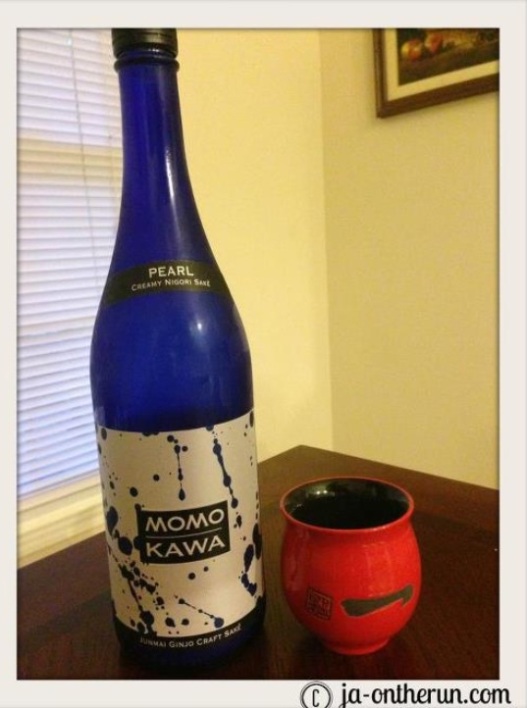 Oh my gosh, so apparently I had funny settings on my facebook page, but I JUST noticed that Michael submitted a beer pic way back in the beginning of April! Gah, sorry Michael! But I found it, so now I can share it! 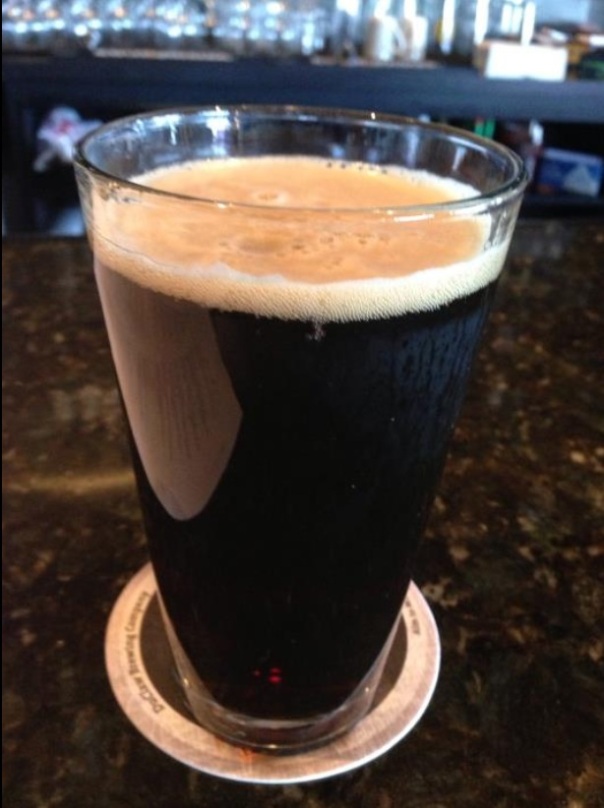 With the pic, he wrote:
Sweet Baby Jesus Chocolate Peanut Butter Porter. Tastes like liquid Reese’s peanut butter cup. 6.5% alchocol, probably 300 calories a glass, and totally ruined the workout I did but it was all worth it
Again, so sorry for overseeing this, Michael! Keep em coming!
Here’s my mama drinkin’ a margie on Cinco de Mayo:

An organic Malbec from Argentina. Not too shabby, but definitely a wine to have with food and not alone.
K that’s it folks! Hope to see you all- AND MORE!- next week!