Happy Winesday Wednesday, folks!! Man, these weeks sure do fly by–I feel like I’m always posting alcohol (well, because I AM).

This week, I am gonna share most of the drinks I had while in Chicago. Most all my bevies had me all:

Actually, pretty much all alcohol has that effect on me. Minus the super duper hoppy IPAs. Even then, I’m a sport and will drink it.

You know, just your standard drink-in-the-airport beers. Helped pass the time. And relax me.

I ordered the Lakeshore when we went to the Signature Lounge. It was a really great drink to have for happy hour- especially when I had jest met up with friends and had an excellent view of the city from 96 stories up! The Lakeshare consisted of Belvedere vodka, sparkling wine and raspberry liqueur. Yum! 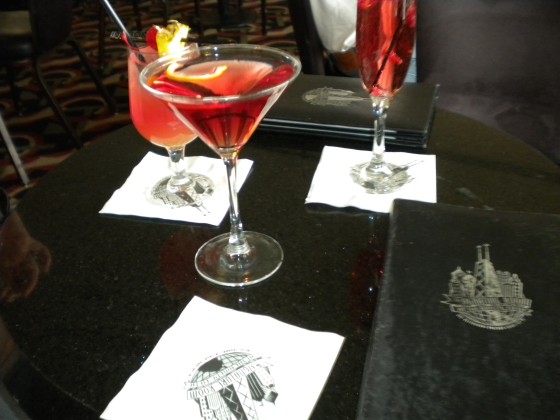 Margaritas were had with dinner. It’s pictured in the last post.I really love margaritas. Like, the real ones- not the ones with that yucky sour mix. I could drink them all the days. When our kitchen is done, I’m gonna have a party and make everyone a margie (or 2 or 3 or…)

Then there was the terribly strong martini from the piano bar….

And rounding out the evening with a Revolution Brewery Bottoms Up Wit. Delish!

The 3 beers I chose to sample during our bike tour on saturday were:

Dinner that night was accompanied by a delicious red: Estancia Reserve Meritage. It was PERFECT with our steak dinners. Plus, I’m pretty sure I can drink it on it’s own. I loved this wine!

We also managed to down another bottle. The second was Ramsay Cabernet Sauvignon. This was another good drinking wine that we enjoyed all too easily with conversation at the bar. 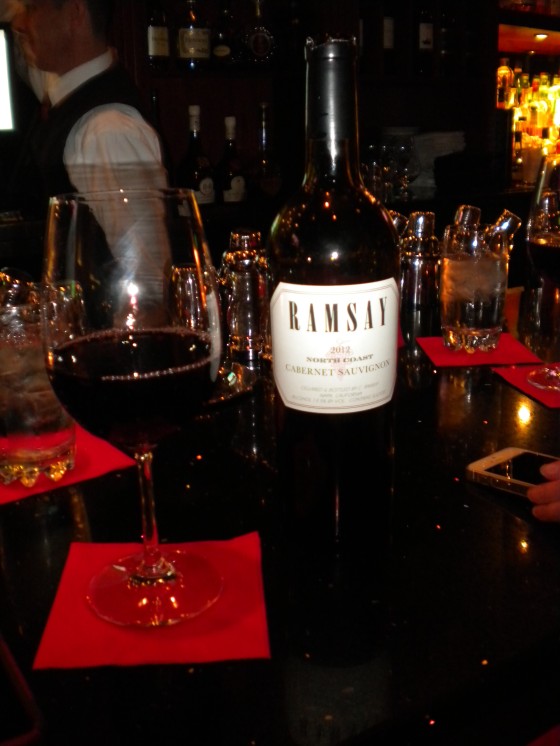 Some of my other choices for the weekend were more Revolution beers and Goose Island beers- the places we went to had mostly IPA selections, which some times isn’t as appealing to me. Womp.

Ok, so that’s all the cool crap I’ve got to share! I hope maybe this helps for some suggestions 🙂

Michael shared some new stuff, too! He wrote:

So I went to Philadelphia again for the weekend and had some delicious brews and eats. Before going there, however, I had a strong IPA by Maui brewing company called Big Swell. Lots of hop flavor on this one. Good stuff for a Hawaiian made beer. In Philadelphia, my wife and I went to this restaurant with her former college roommate called Sbraga ownedand operated by the Top Chef. I had a Hof Dormaal there with my meal and it was fantastic. It is a strong Belgian blonde ale with hints of banana, clove, and other spices throughout that went perfectly with all of my tasting dishes. We then left and went to Nodding Head brew pub. I got a “Just Annuder Stout” which I wasn’t too impressed with but still decent enough to drink the whole pint. It was more dark chocolate/coffee flavor than I expected but with the addition of lactose sugar (not dissolvable by beer yeast), it was more than tolerable and had a creamy finish. The interesting thing about this brew pub is it is one of the smallest in Pennsylvania, yielding only 7 barrels of beer per year. Helps keep costs and alcohol taxes down I guess! I took a pic of their brewery equipment which I will include with this. What you see is exactly how much equipment they have. 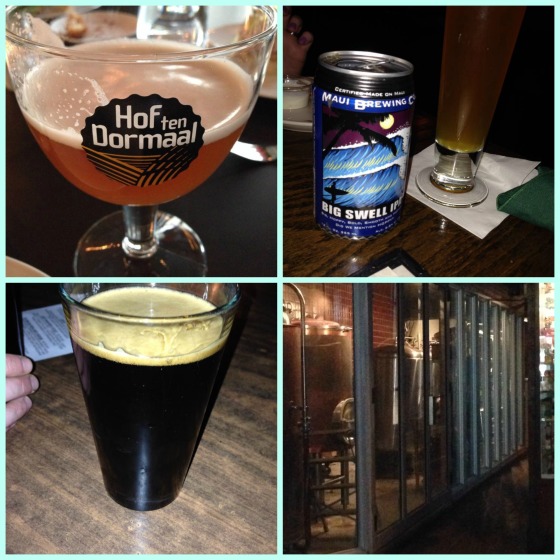 I’m not a big-time lover of stouts, but there are a select few that I really like. I try to avoid getting them at restaurant or bars just in case they ruin a meal! Thanks, Michael!

When I look at myself in the error after I’ve done my makeup (drunk):

How I professed my love (before Tyler):

How I picture all my nights out with friends:

See ya next week! (If you have anything you want to show off in future posts, send them my way!)