Hey friends! Happy Christmas week! I am so so so so so so excited for this week because I just love the holiday season and can’t wait to experience it with Wes for his first time. Anyhoo…our weekend was actually a bit low key, but it was JUST right for the three of us (whoops…five of us if you count the pups!) Here’s what we were up to…

I was really hoping Wes would stick to the loose schedule he’s been on lately, and the kid didn’t disappoint! After he woke up from his morning nap and ate, we hopped in the car and headed up to Airdrie so I could buy one of his Xmas gifts. It was pretty snowy out and I skidded on an offramp which was SCARY. I took a different way home and was glad to be off the roads after that.

During Wes’s afternoon nap, I relaxed in the tub with a slice of Cheesecake. Umm..can’t hate that! 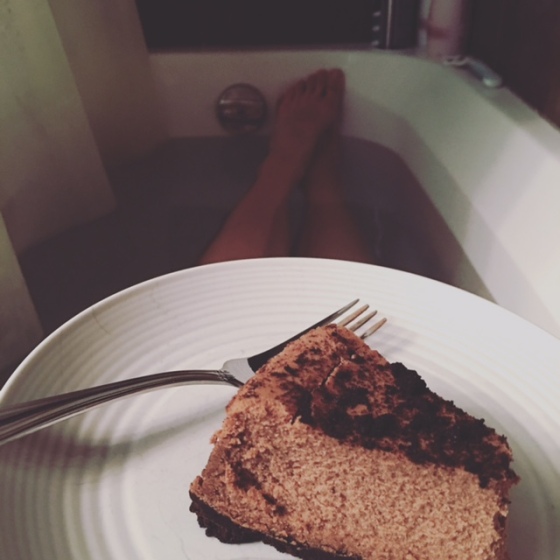 Tyler made some delicious black bean chili for dinner and we watched Mad Max in 3D downstairs before heading to bed.

I made an appointment for the dogs to get their nails clipped at our vet because they were having a fundraiser. Tyler ended up walking them over while Wes and I did some serious playing.

Later, it was Wes’s last session in the pool. It was Tyler’s turn to be in the water with him an I was kinda jealous- they did some fun stuff! I’ve decided not to enroll in the next session because weekday classes are around his nap time and I want to have Saturdays free so we can have options for other activities. 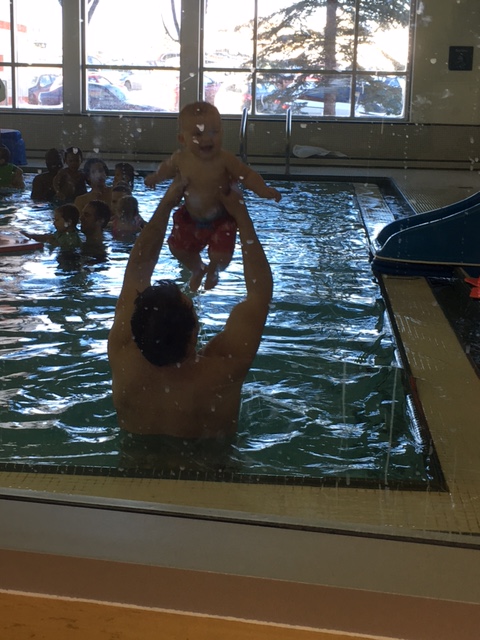 Tyler made a big Costco run while I stayed home for Wes’s afternoon nap. I may or may not have taken another bath while he was sleeping. 😉

Apparently I had Tyler do a lot on Saturday because he also made us pizza for dinner! (Ok, I guess he is useful! haha) 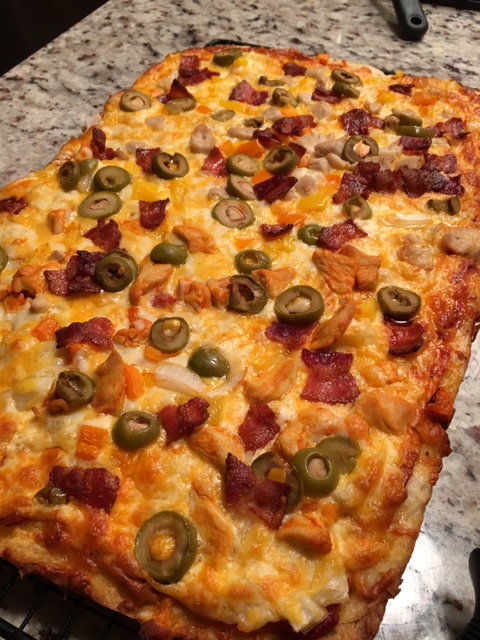 Before Wes went to bed, we pushed him back and forth on his car and he LOVED it. If you haven’t already seen it, check out my Instagram feed for some of my Wes on Wheels videos!

We watched Christmas Vacation and called it a night! 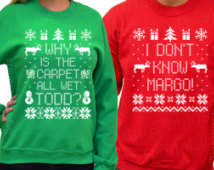 The little one slept 13.5 hours! Good kid. I did some odd and ends around the house before he finally woke up. I guess I could have gone back to bed, but I’ve been averaging some seriously good hours of sleep this week so I didn’t feel the need.

Tyler made us some breakfast and we hung out a bit while football was on…….all day. 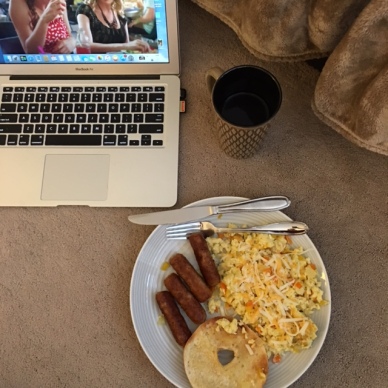 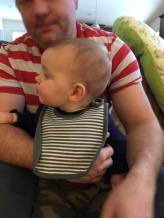 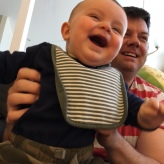 During one of Wes’s naps, I headed over to Shoppers. Can you believe it has been over a year since I last bought makeup? I hardly wear the stuff. I wound up purchasing some mascara, foundation, an eyeshadow kit and a brow kit. Holy cow is makeup expensive!

Once home, I whipped up a batch of peanut butter blossoms. They are gooooooood. (PS: Hershey’s chocolates in Canada are WAY better than the US) 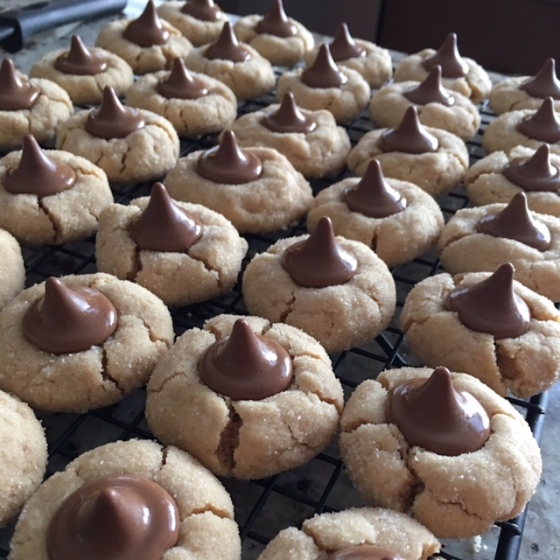 We had pork tenderloin for dinner and umm…..I may have taken another bath while Tyler fed and put Wes to bed. hehe 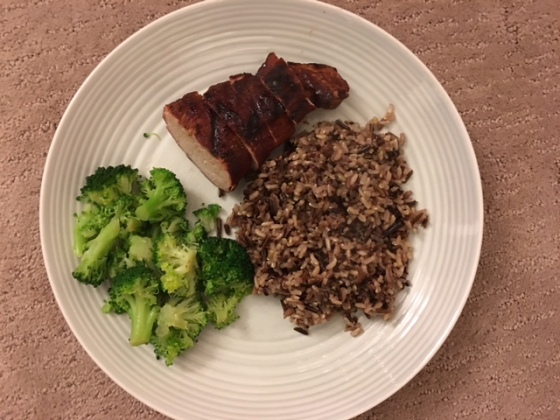 How was your weekend??