Hello, lovahs! I have been making today a great day, so win for me! Imma get to the blog title. First up, eats and sweets.

Yesterday, I made a batch of beer bread to go with dinnah. I used this beer 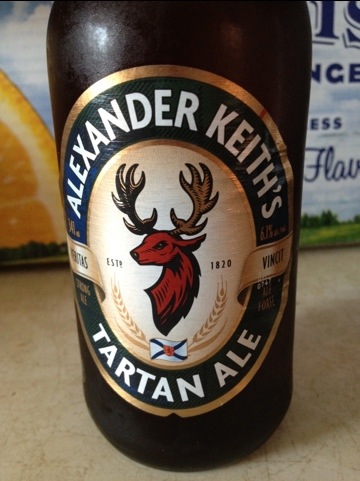 …added a few other ingredients, and 35 minutes later, I got this 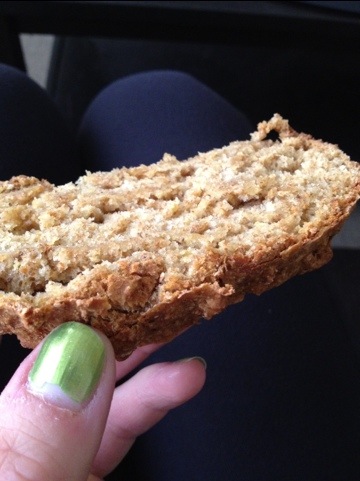 Yup, it was good. Too bad I had two slices of this stuff before dinner. No carbs to be had on my dinner plate! But for Tyler’s sake, I whipped up some chicken sausage with roasted mushies and zucchini 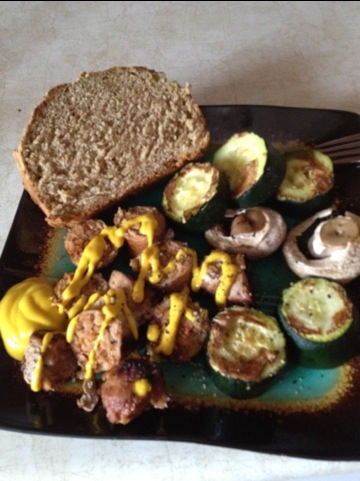 I got even more creative in the kitch-kitch and threw together a fruit crisp. I had frozen strawbs and about 4 apples leftover in the fridge from a previous Costco run. 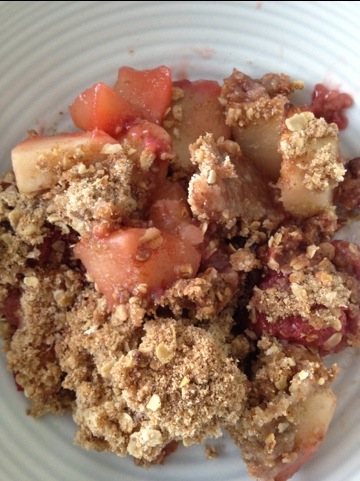 It was super simple. I just mixed the fruit with a few tbsp of honey then topped with a butter/brown sugar/oat/whole wheat flour/cinnamon mixture. Popped in the oven for 45 minutes and shizzam, dessert is ready

We enjoyed our dessert while watching the first Harry Potter movie. Since Tyler and I are on a series kick, we decided we are going to get through all 7. I might start referring to people as muggles and yell out spells (petrificus totalus) rather than swear. Not a promise, but I wouldn’t doubt it from happening.

Blah, blah, blah, cut to a bunch of hours later and this was my breakfast 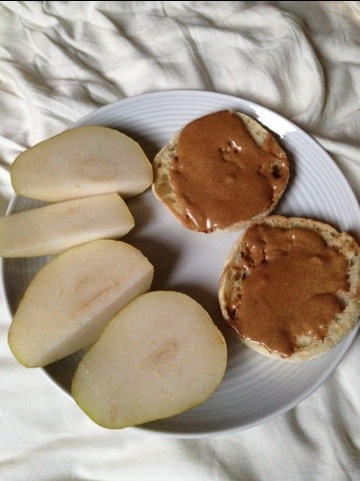 English muffin topped with almond butter and a pear. ( I don’t know bout y’all, but I like my pears super ripe. Like, no crunch. Also like, I bought these pairs 9 days ago and they’re finally ready. Hit the spot. 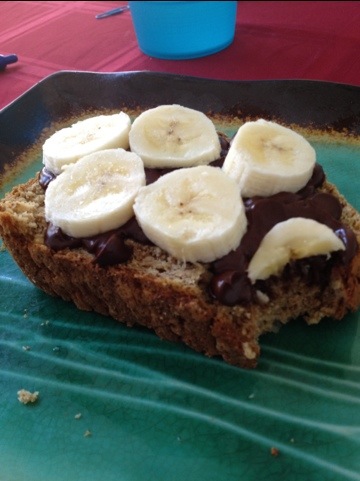 My favorite part were these little guys: 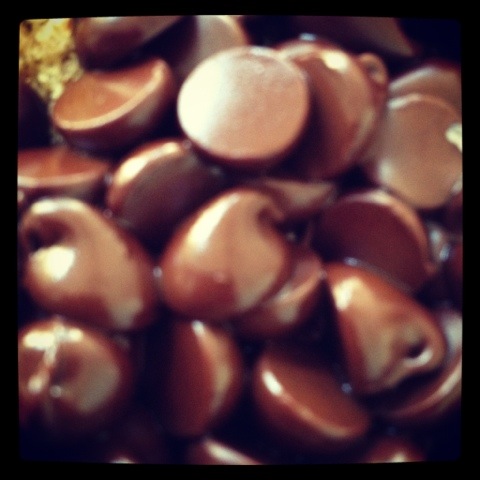 Ooooh, that makes my mouth water.

K, enough with the eats and sweets -sheeze, it looks like I eat a lot– I’m going to move on to the sweat part of my day…

I went to the Y and did a 20 min HIIT workout on the elliptical ( need to rev the metabolism like whoa) then took a 60 min Muscle Blast class. confession: I haven’t taken a class in A MONTH. Who am I?!!? I was really excited that I was able to add more than my usual weight to the barbell. Means I’ve been doing something right in my own workouts! 🙂 plus, I’m really loving these clean and jerks..

I then finished my Y workout by doing another 10 min HIIT session on the elliptical. About a 90 minute workout today…so far. I’m off to take Layla for an adventure before it snows ( we’re supposed to get a foot?! Say whaaa?!) and do a little at-home sweat sesh that I’ll post later.

Hope everyone is having a great day!
anyone accomplish/learn anything new in the gym recently?